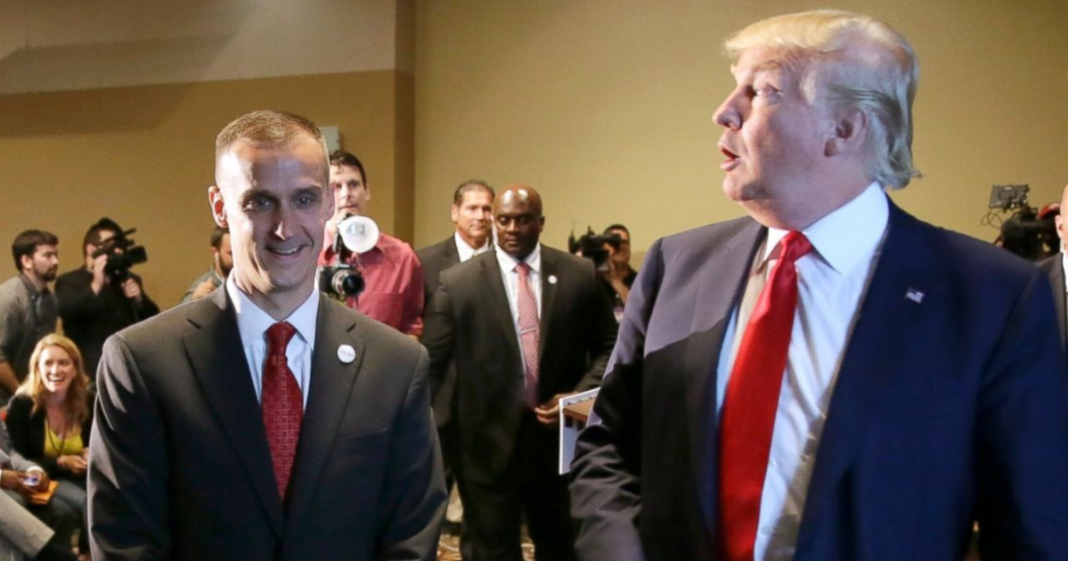 The campaign manager for Donald Trump’s campaign Corey Lewandowski just can’t seem to keep his hands to himself. Just two weeks after Trump’s right hand man was accused of assault a reporter (and then lying about it), Lewandowski has been caught on video grabbing the collar of a protester.

Why a campaign manager feels that it is his place to do what police are paid to do is a mystery. Or maybe not. Lewandowski’s devotion to his demagogue is so strong that he is willing to jump into the fray to attack reporters and protesters alike. Or maybe he just likes being a bully.

What is even more infuriating than the actions by Lewandowski is the way that his boss handles his crimes. When his campaign manager assaulted a reporter, Trump said that he didn’t believe the story. Later, during his victory speech in Florida, Corey stood at Trump’s shoulder and Trump made sure to say “good job, Corey” in front of the crowd.

This time, Trump was asked during an interview about his staffer’s role in controlling protests at the Arizona rally. When asked why his campaign manager would be working crowd control, Trump praised Lewandowski’s spirit.

“The police were a little bit lax . . . I give him credit for having spirit.”

Here is Donald Trump’s campaign manager in the Tucson crowd grabbing the collar of a protester. pic.twitter.com/JZ9RntWlHY