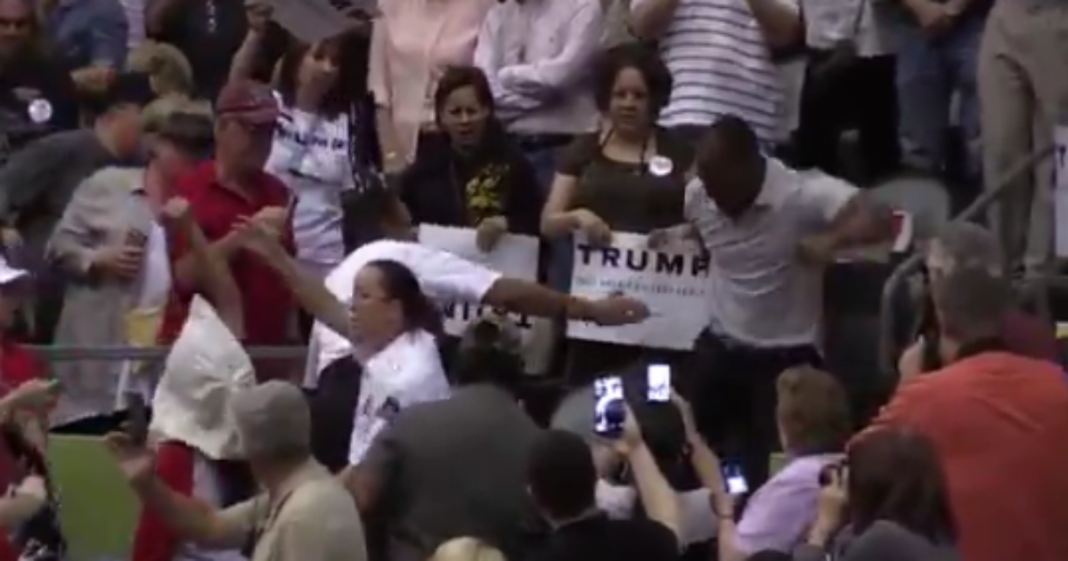 In Tuscon, Arizona on Saturday, protesters were well-organized and committed to keeping Donald Trump from freely sharing his hate and divisiveness.

During the evening, several protesters were escorted from the arena, most safely removed. One man that was not so fortunate was brutally attacked by what appeared to be an African American Trump supporter who beat the protester while an elderly female security officer tried to stop him. The man got a few brutal hits and kicks in before police appeared and cuffed the assaulter. He offered no resistance.

Arizona is just one of many states that have shown an organized anti-Trump sentiment, with protesters being just about as common as supporters. The event in Arizona was reminiscent of the shut-down Trump rally in Chicago two weeks ago when a highly organized movement infiltrated the event and caused quite a stir before Trump called off the rally.

This is not the first instance of violence against a protester at one of these events, though it does appear to be the most brutal.

Went to the Trump rally just to see how crazy it would be……..this is insane pic.twitter.com/QFwSwmNoI0

This is harrowing video. https://t.co/osLANnr2TM