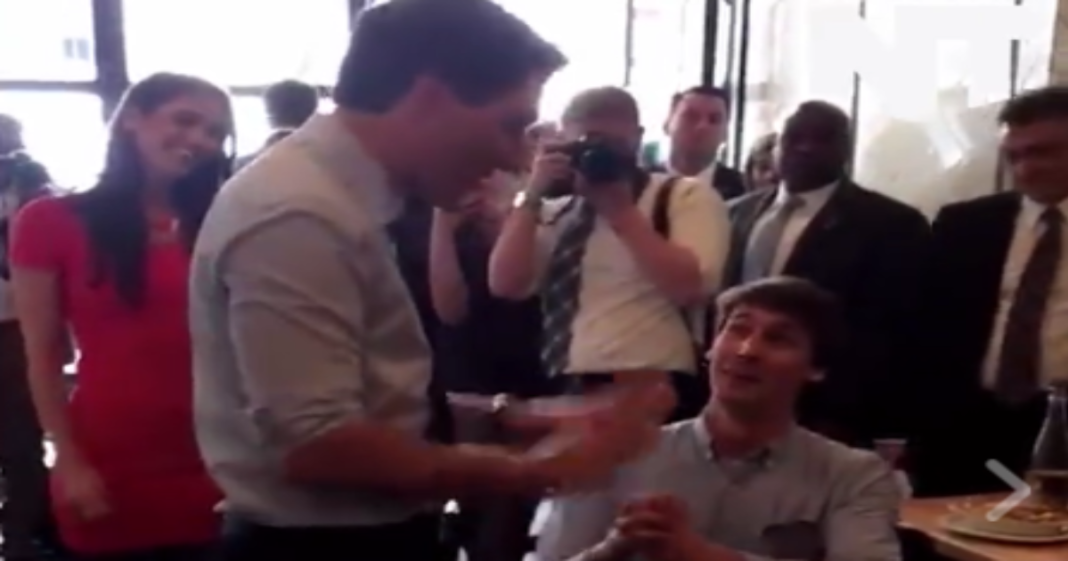 Spoiler alert: He says no.

Two political jokesters cornered Canadian Prime Minister Justin Trudeau to beg him to come run America. One guy told Trudeau that America’s candidates were “so bad” and “terrible,” while the other man said that they were “weird” and “boring.”

The jokesters then got onto their knees to beg for the Canadian Prime Minister to lead Canada’s southern neighbor.

“I don’t know if you guys have noticed,” Trudeau responded jokingly, “but I already have a job and it’s a pretty good one.”