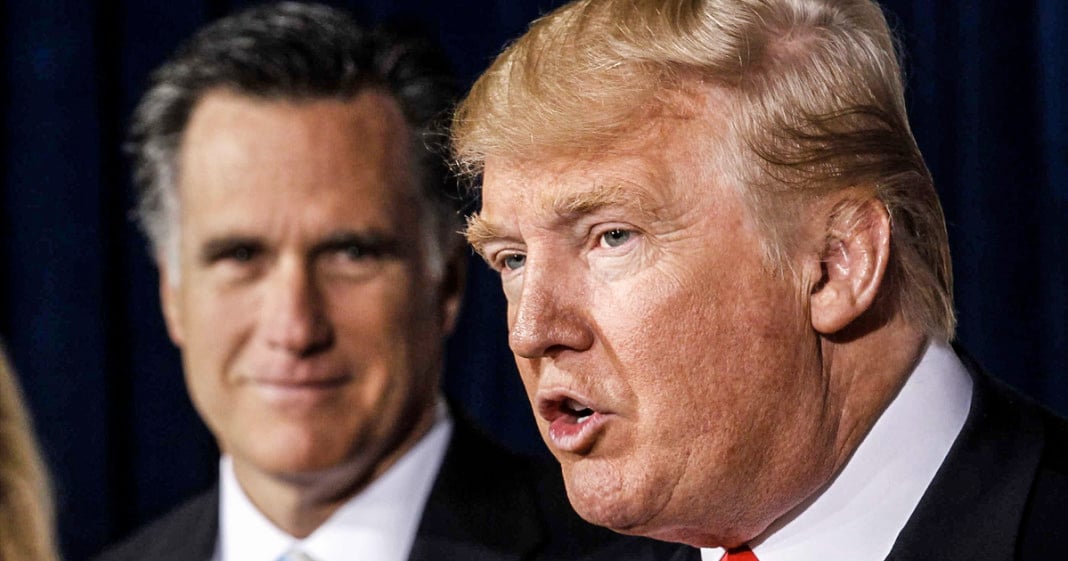 Donald Trump made a single appearance at a rally in Salt Lake City, Utah on Friday evening where he criticized former presidential candidate and Mormon Mitt Romney.

Trump then turned his attention to Romney who just hours before had officially endorsed Ted Cruz in a desperate attempt to “defeat Trumpism.” This is not the first time that Trump and Romney have traded barbs as Romney has come out in full force in recent weeks against the party frontrunner.

Insulting the Mormon’s beloved candidate was maybe not the best choice for Trump, but nonetheless, he charged forward, insinuating that Romney is such a failure that he couldn’t possibly be a Mormon. It is unclear if the boos heard during this statement were directed at Trump or at the mention of Romney.