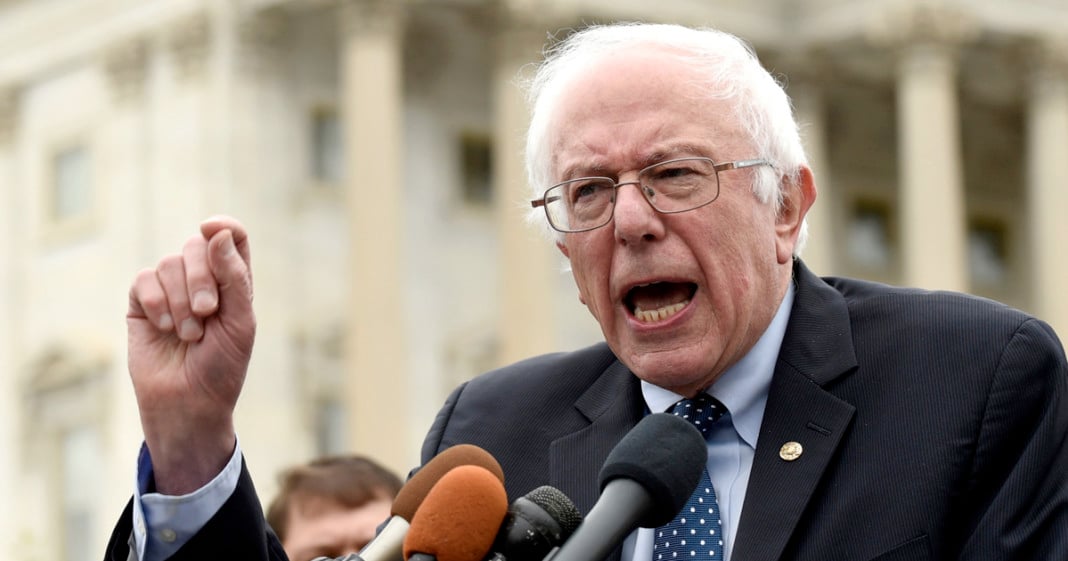 In a letter sent to the Department of the Treasury, Senator Bernie Sanders urged Secretary Jack Lew to block a corporate inversion between pharma giant Pfizer and Irish company Allergan which would allow the American pharmaceutical company to be officially re-categorized as a foreign company, thereby exempting it from a massive sum of taxes.

“This is nothing less than a tax scam,” said the Senator about the proposed merger.

In his letter to the Treasury, Senator Sanders said that if Pfizer’s inversion is successful, it would save the company nearly $35 billion in taxes. This massive sum would no longer be going back into the country from whom they take so much.

Senator Sanders called on congress to change the law so that weaseling companies like Pfizer will continued to be taxed as an American entity despite its new foreign label. In the meantime, the Vermont Senator is calling on the Department of the Treasury to block the inversion between the American and Irish company in order to hold Pfizer responsible for the full bulk of the taxes they are trying to evade.

“Large multi-national corporations should not be able to avoid paying U.S. taxes when children in America go hungry. We must demand that these profitable corporations pay their fair share in taxes.”

It is worth noting that even in the midst of a time-consuming and aggressive presidential campaign, Senator Sanders is still upholding the commitments he has made to his constituents. While so many other candidates neglect their current jobs in hopes of a new and grander one, Senator Sanders stays the course on holding corporations responsible for their actions and working to make the top one percent pay their fair share.