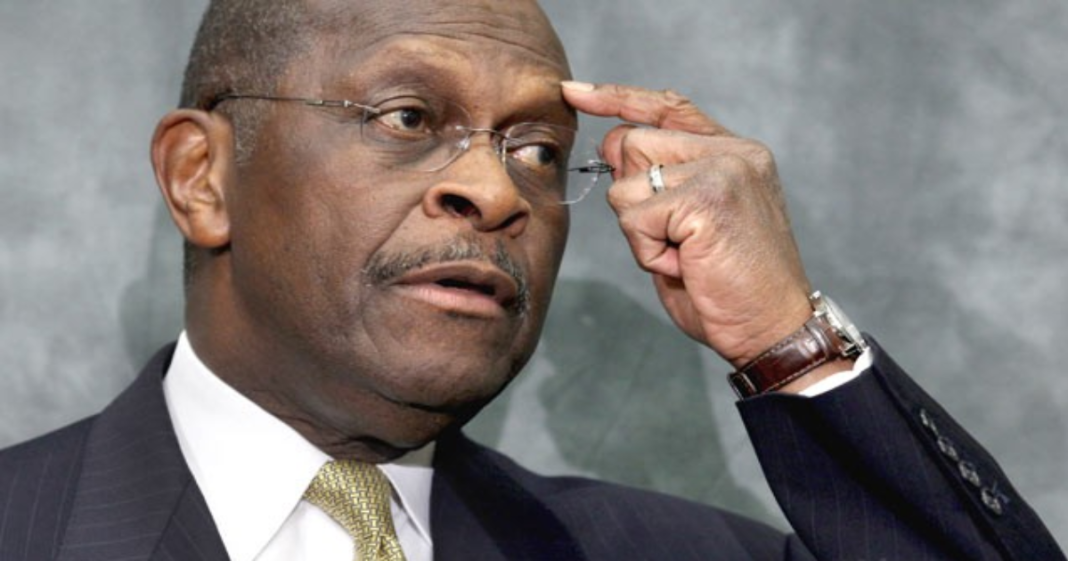 Failed presidential candidate Herman Cain said on Friday that people who call Donald Trump racist are simply afraid of the movement he has inspired and the work he promises to do.

Said Cain (surrounded by a panel of Chicago protest organizers and activists):

“Donald Trump does not satisfy the definition of a racist, or any of these other things that they’re putting out there. They are in denial that Donald Trump is someone who will be forceful in doing the things that are right for all Americans.”

Guess it’s over, folks! The Republican party’s one black friend just said something about race so we’d better back off of his bud Trump.