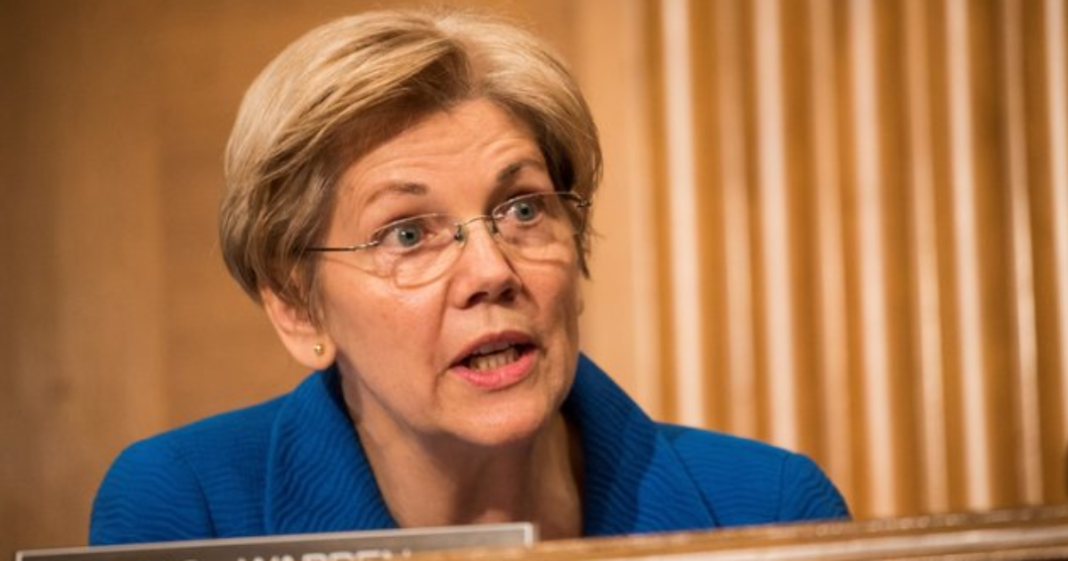 When Republican representative Blaine Luetkemeyer of Missouri attacked Senator Elizabeth Warren for her strong stance on finance reform and her dogged determination to hold Wall Street accountable, the Senator hit back with a challenge.

Luetkemeyer said that Warren was the “Darth Vader of the financial services world,” and said that someone should “find a way to neuter” the senator. The representative’s comments drew strong condemnation from his colleagues, but when Senator Warren was asked to respond, she ignored the personal insults and challenged the Representative to put up his political dukes and fight it out over financial regulations.

“Look, if Wall Street and their buddies in the Republican party want to launch an assault on financial regulations and they want to say ‘let’s roll back Dodd-Frank’ all I can say is ‘let’s have that fight,’” she said. “I’m ready. You can make it with words or anything else you want, but I am not backing down.”

Then, on Thursday evening, the Senator followed up with a letter to her supporters in which she responded to Luetkemeyer’s Star Wars-themed insults with her own “force”-ful response.

“My first thought was Really? I’ve always seen myself more as a Princess Leia-type (as a senator and Resistance general who, unlike the guys, is never even remotely tempted by the dark side). Clearly the Force is not strong with Congressman Luetkemeyer (maybe he’s a Trekkie).”

Warren then doubled down on her previous challenge to Luetkemeyer, charging that the Missouri representative was attacking Warren for her big name and his own financial crony backers.

This exchange teaches us two things: 1. That politicians can be massive nerds, and 2. Elizabeth Warren is not a lady you wanna mess with.