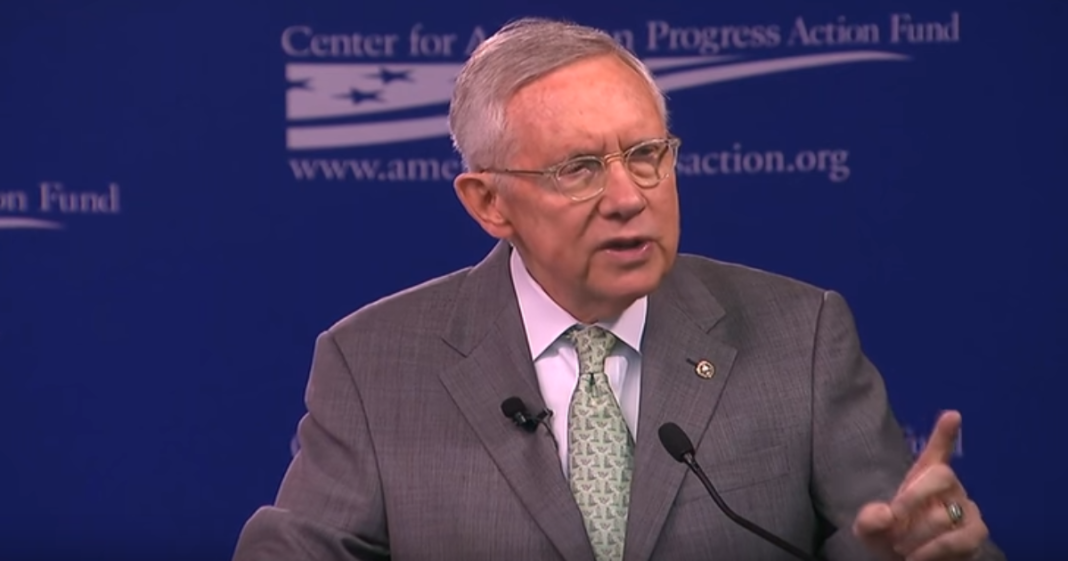 Senate Minority leader Harry Reid blasted Republicans this week on their “moral cowardice” which has allowed the GOP to become unequivocally the “party of Trump.”

“When Trump calls immigrants ‘rapists’ and ‘murders,’ he’s just doing what he learned from generations of conservatives.”

Reid pointed out that the rhetoric that Trump is using, and growing stronger everyday with, is not some foreign language never before uttered by the GOP. Instead, it has been lurking in the conservative movement for decades: coded, masked, but always present.

“Their leaders should withdraw their support of Donald Trump and do it now. For too long, Sen. McConnell and Speaker Ryan have tried to have it both ways, giving Trump occasionally a slap on the wrist each time he says something detestable but always committing to support him at the end of the day. This is precisely the kind of moral cowardice that enabled the rise of Trump.”

Reid said that Republican party leaders now have only two choices: They must renounce Trump and all that he stands for once and for all, or they must “put on ‘Make America Great Again’ hats.”