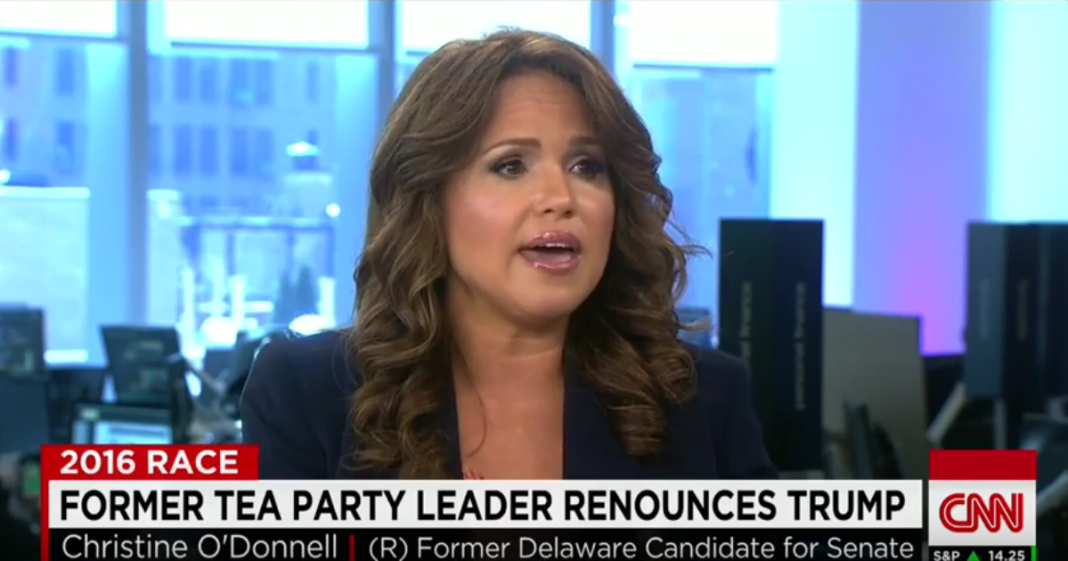 Former Tea Party Leader Christine O’Donnell made an appearance on CNN to discuss Donald Trump’s success in the Republican primary. Of course, you can’t lead a completely insane off-the-rails political group without being a little cuckoo yourself, so it was surprising to hear O’Donnell saying that Trump was not quite the hero that others believe him to be.

“He did nothing to liberate the middle class from political correctness until he decided to run for president and then it’s only giving voice. He’s not actually doing anything besides inciting riots.”

O’Donnell said “political correctness” as if it were some bizarre offshoot of ISIS, but besides that, her criticism of Trump was fairly honest.

In other words, (from one crazy to another) dial it back!