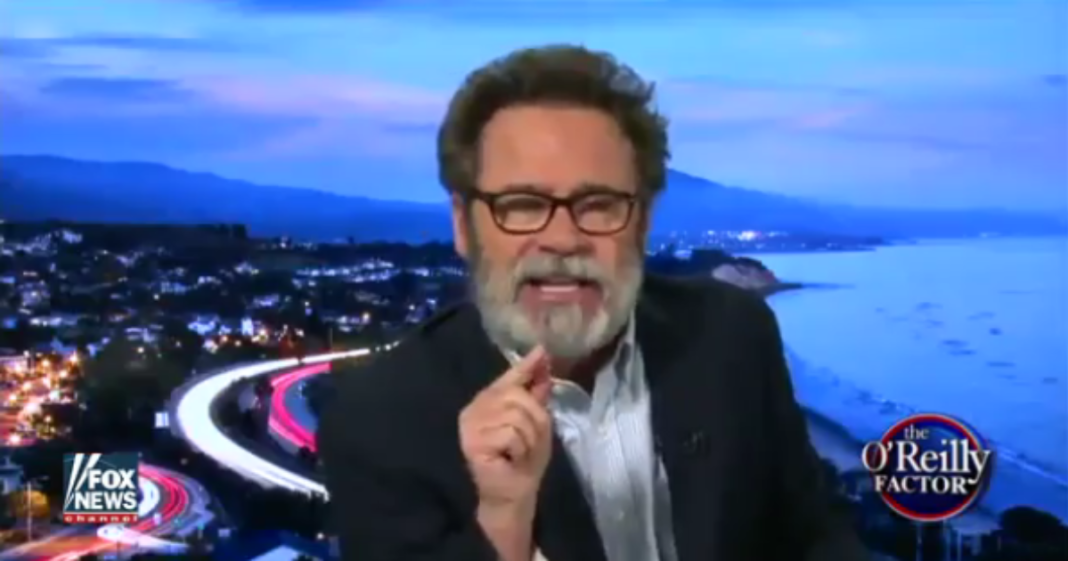 As a comedian, Dennis Miller is used to laughing off lots of things. But when Miller made an appearance on the “O’Reilly Factor” this week, his attempt to laugh off the violence at Trump rallies fell more than a little flat.

In responding to the violence that we have seen in recent weeks at Trump rallies, including on particularly violent scene in which an elderly man sucker-punches a protester being escorted by police, Miller laughed off the violence and tried to make it all seem not so bad.

“You know, I didn’t like it but then again, I didn’t like that knockout game that people were playing a couple of years ago. Remember when they were going up to homeless people and old people and sucker punching them in the face?

Now, if you said to me, “What’s more egregious? This guy, here, or the knockout game?” I’m just telling you the truth – I know I’m gonna get condemned for this – I found the knockout game more pre-apocalyptic ‘cause people were just minding their own business and people would come up and sucker ‘em in the face.”

The problem with that? The “knockout game” doesn’t and has never actually existed. It was a trumped up media-created phenomenon that enabled old white men like Miller to shake their fist at young black men, and apparently, justify later violence against them.