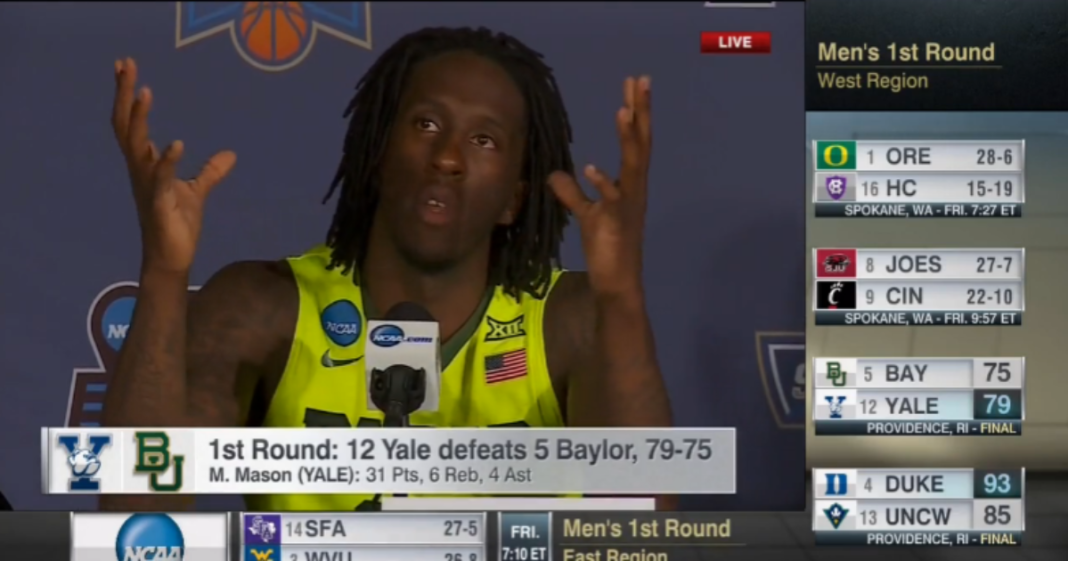 Sports news media is often a special kind of stupid as pundits struggle to find things to talk about in press conference after press conference. No doubt, the relentless questions about who was to blame for a failure or who deserves credit for a success wears on student athletes who are there to play a game, not sit through relentless interviews.

One such student athlete is Taurean Prince who was asked after a loss during an NCAA game between Yale and Baylor what he thought went wrong. More specifically, an interviewer pressed Prince to explain why he thought the Yale Bulldogs managed to pull off more rebounds than the Bears.

“How does Yale out-rebound Baylor?”

The star player remained straight-faced and calm as he offered up the most perfect, smart-ass response possible.

“Um, you go up and grab the ball off the rim when it comes off. And then you grab it with two hands, and then you come down with it. And that’s considered a rebound. So they got more of those than we did.”

Prince’s full commitment to his comment really sells it. After he finishes explaining to a sports reporter one of the most basic aspects of a basketball game, he calmly looks away and smacks his gum.