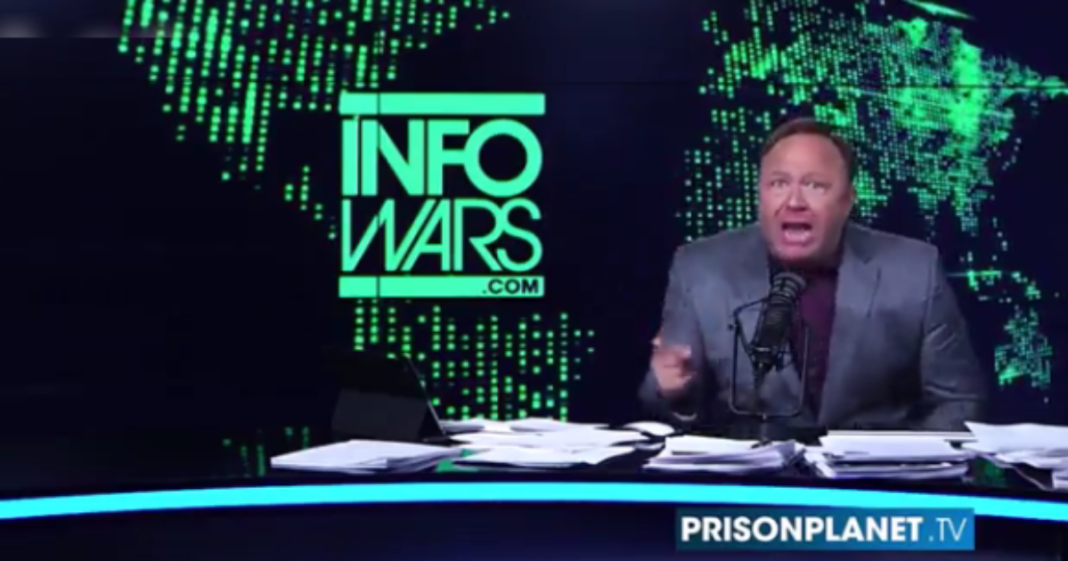 During a recent broadcast of Alex Jones’s conspiracy theory violence bonanza, resident crazy-man Jones tried to warn his audience about a massive global conspiracy that is “not of this world.”

According to Jones, this conspiracy has something to do with cancer caused by gut-flora (?), and an alien conspiracy to . . . I dunno what?

Jones’s rant escalated to nail-on-chalkboard-esque shouting, as it often does, saying that the conspiracy he was talking about was “not of human intelligence!”

He then went on to say that Trump’s ascendancy to the presidency is part of the “awakening” and that the most important thing for humans to do now is work on getting off of this planet.

Jones later said that God promised humanity inter-dimensional space travel and life-extending technology, and that those who are worried about racial issues and discrimination are getting in the way of this ultimate goal that Jones shouts over and over that he “wants.”