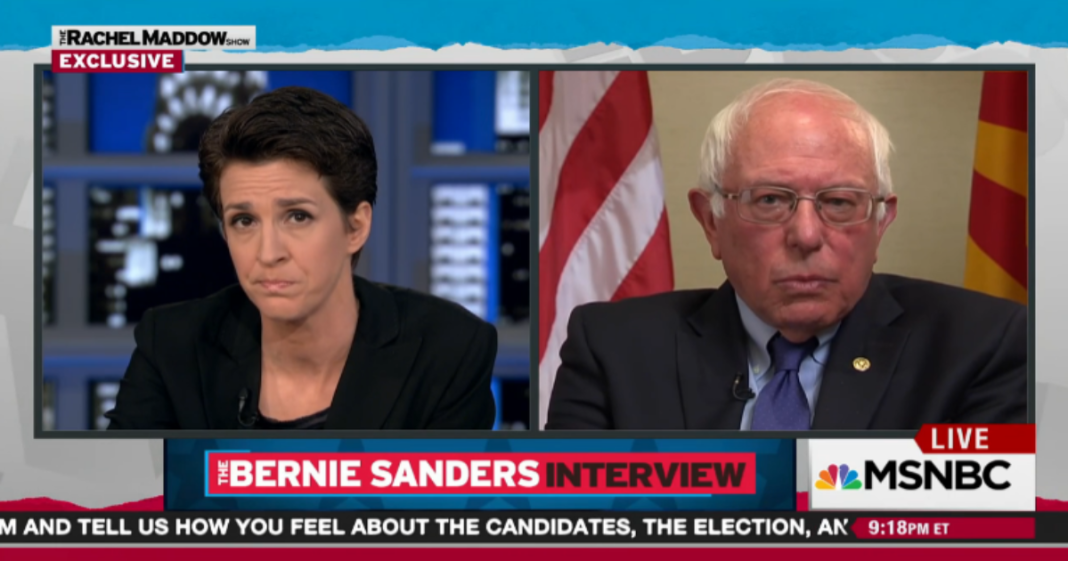 During an interview with MSNBC’s Rachel Maddow, Senator Bernie Sanders was asked to weigh in on mumblings among the population and the Democratic establishment which indicate that Senator Sander should drop out of the election, if not now, soon.

Senator Sanders responded that suggesting he drop out now is “absurd.”

“The bottom line is that when only half of the American people have participated in the political process . . . I think it is absurd for anybody to suggest that those people not have a right to cast a vote.”

“To suggest we don’t fight this out to the end would be, I think, a very bad mistake. People want to become engaged in the political process by having vigorous primary and caucus process. I think we open up the possibility of having a large voter turnout in November. That is exactly what we need.”

Sanders also talked about the possibility of going to the Democratic convention in June and making his argument for the nomination. Sanders said that he believes his campaign has a good chance of winning a lot of the upcoming state primaries.