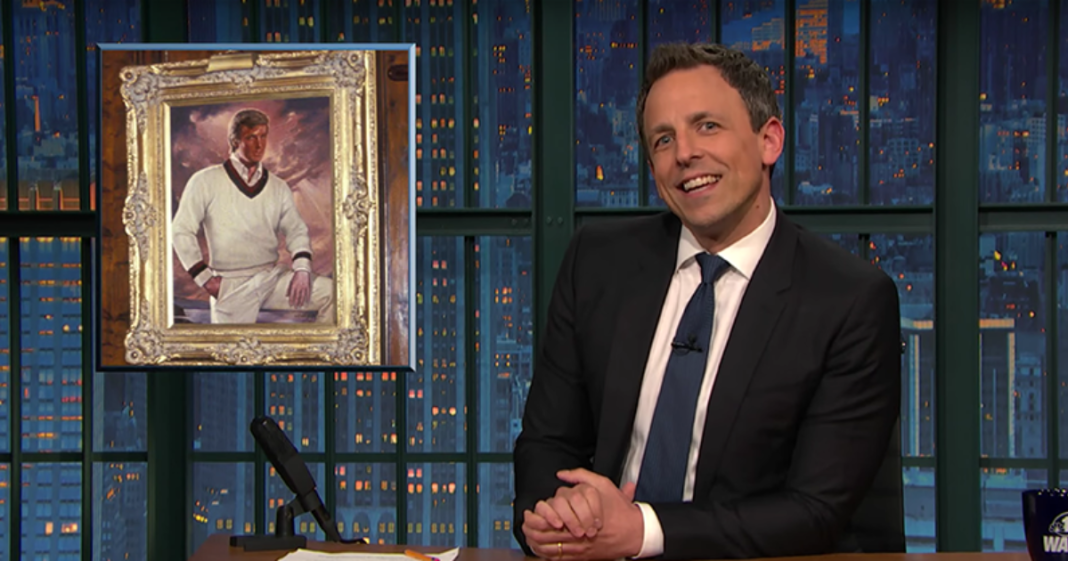 Seth Meyers took a look at the storm of political goings-ons since Tuesday’s sweep of primary races during a recent episode of “Late Night.”

Meyers commented on the upcoming Republican convention in Cleveland in June, pointing to the recent request the city has made for more riot gear to handle the upcoming chaos.

“Let’s all just spare a thought for those brave officers who will have to fend off angry crowds of Trump supporters on bicycles. Everybody quiet down! Don’t make me ring this bell!”