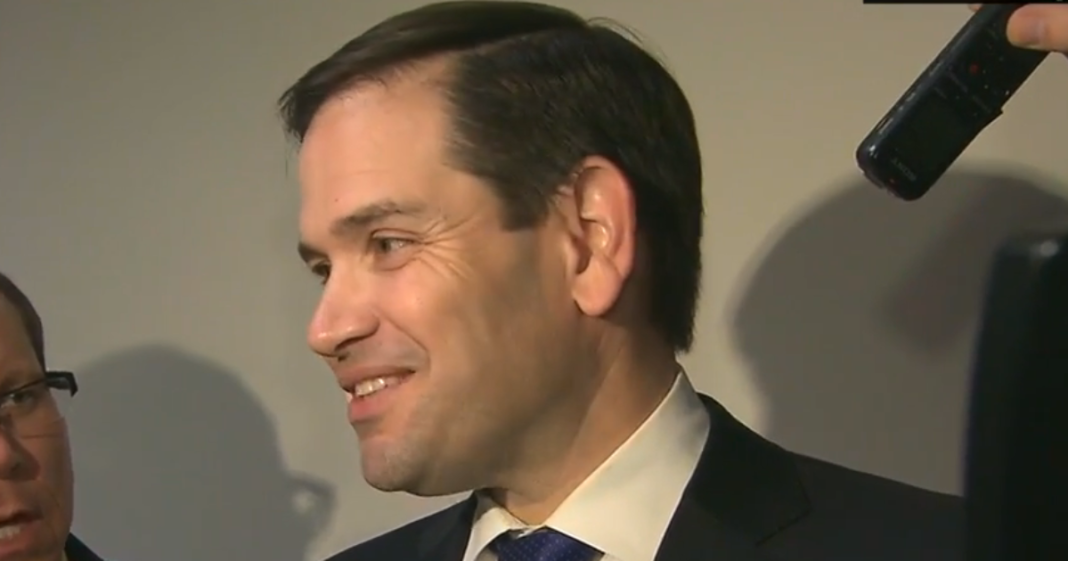 Two days after Marco Rubio threw in the towel on his bid for the presidency, after he lost his home state to Donald Trump, the Florida senator has announced that he will be sulking off to obscurity once his term has ended in January.

Rubio, who many had guessed might run for Florida Governor after he dropped out of the presidential race shocked many when he said that he would not even run for reelection as a Senator for the state.

Reporters asked Rubio if he would consider being the vice president for a Kasich or Cruz nominee, and Rubio quickly denied.

The smile that crept onto Rubio’s face when he said “private citizen” gives a clue into the true hell that this election must have been for him. Trump is the destroyer of men, and it appears that Rubio may be both down, and out.

Watch our commentary from October 2015 about how much Rubio hated his job in the Senate: