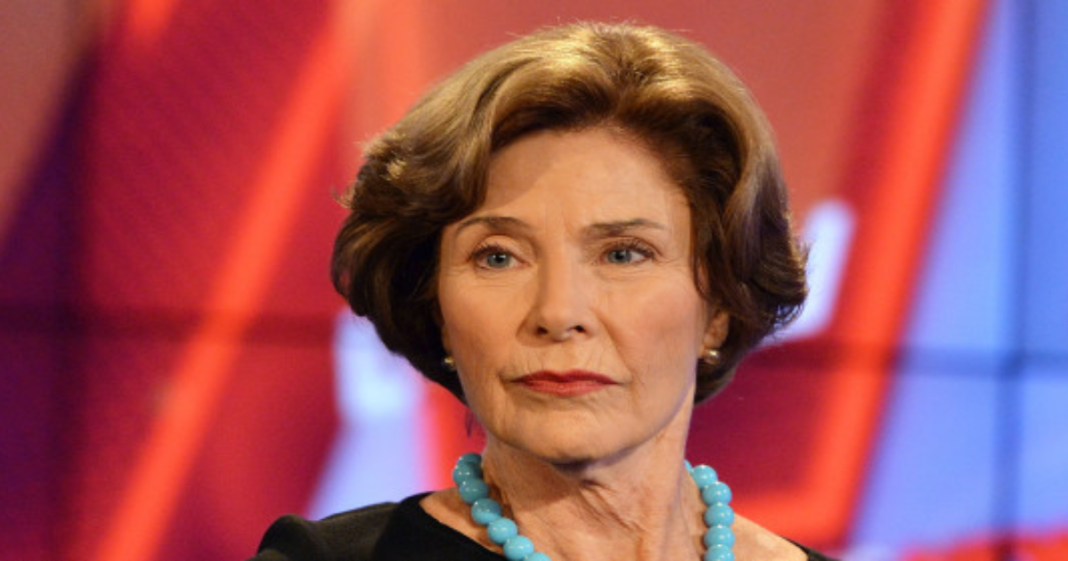 Former first lady Laura Bush was asked on Thursday about whether or not she would be supporting Donald Trump if he is made the Republican nominee.

It is the question that most flusters conservatives today as they struggle to fall into line and put their support behind Trump. Laura, like so many other establishment Republicans, are already gearing up to support Trump because they are too afraid to defy their own party.

Laura told the reporter that she and her family had put their entire support behind Jeb Bush, and she made it clear that she was having a difficult time making her decision.