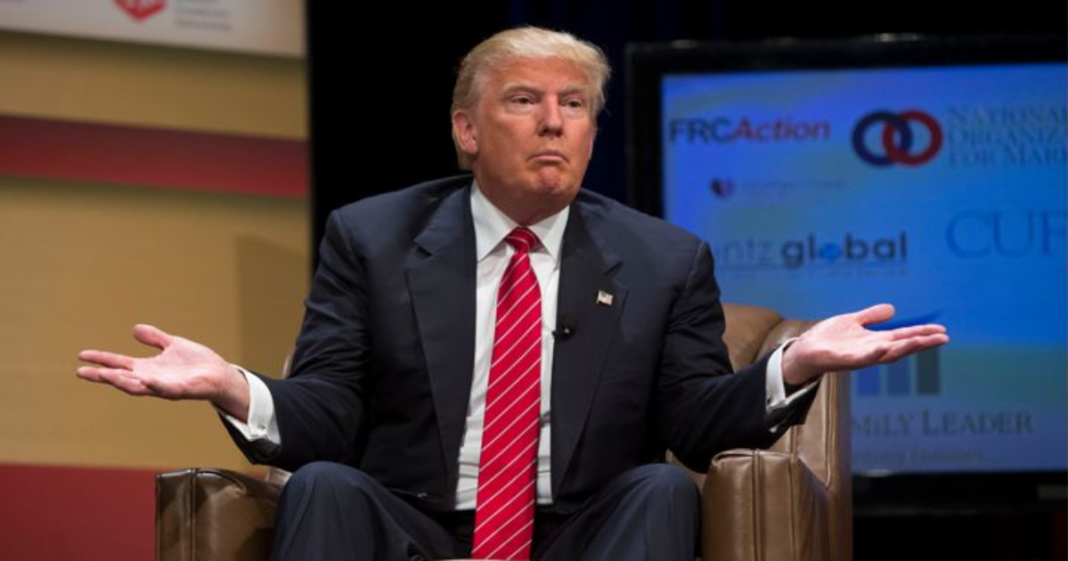 On “Morning Joe,” or the “All-Trump-Hour” as they prefer to be called, Donald Trump told his adoring fans that he is listening to the best in the business for foreign policy advice – Donald Trump.

Yep, on any given day you can find the Donald sitting on his private plane and talking to a hand-held mirror, saying “you are the best on foreign policy.” “No, YOU are, silly!”

It appears that Ben Carson was right when he said that there are two Donald Trumps – and they are quite the political duo!

In addition to having a “good brain,” Trump says that he is qualified to give himself advice on foreign policy because he has “said a lot of things.”

I give up. This guy is winning just about everywhere. Idiocracy is complete.