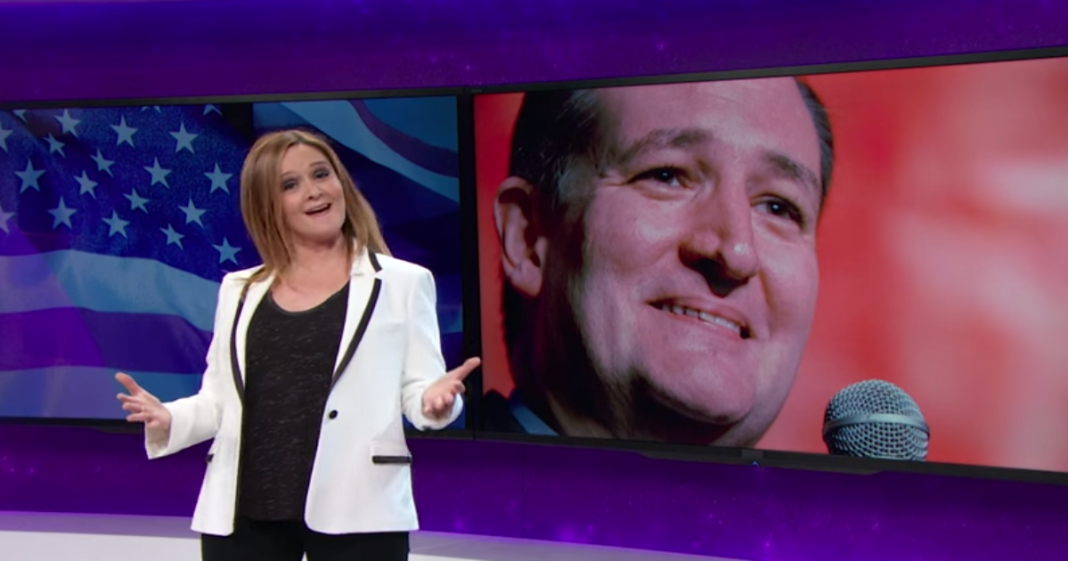 In our quest to eliminate Donald Trump from the running, we often overlook an equally dangerous candidate lurking in Trump’s shadow: Ted Cruz.

During Monday’s episode of “Full Frontal,” host Samantha Bee looked at Cruz’s creepy past and concluded that the only people who can stand Ted Cruz are people that no one else can stand. Like a pastor who advocates for the death of homosexuals, for instance.