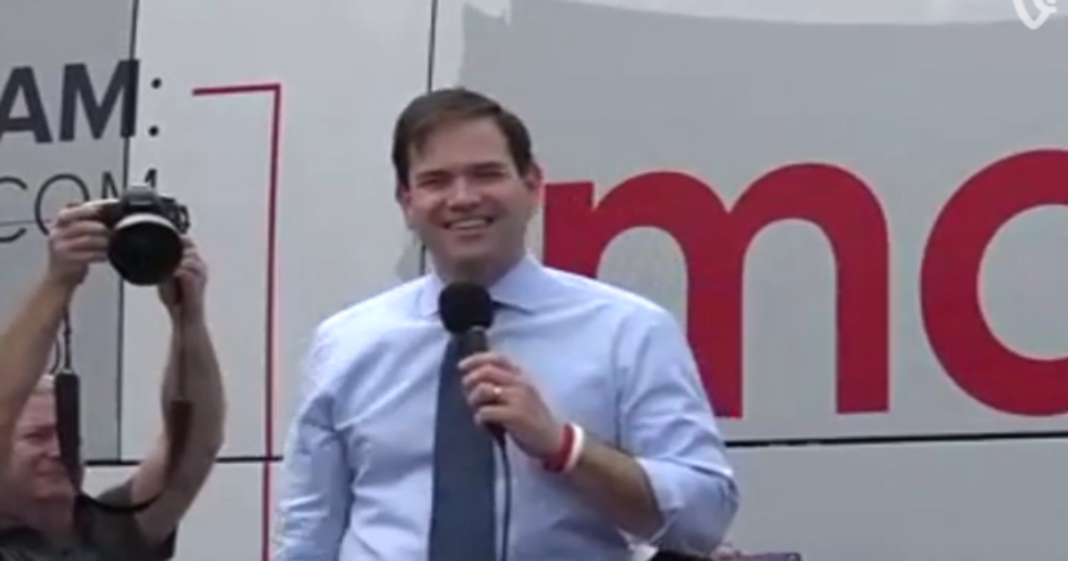 On an overcast afternoon in Florida on Monday, Marco Rubio spoke at a rally of devoted fans, encouraging them to get out the vote and place their ballot for him on Tuesday.

Suddenly in the crowd, Rubio spotted a Bernie Sanders sign. Did he get angry? Did he threaten violence? Did he encourage his supporters to “rough up” the protester and “carry them out in a stretcher”?

“Oh look, a Bernie Sanders sign,” Rubio said excitedly. “Don’t worry, you’re not gonna get beat up at my rally!”

The crowd cheered, as if it were something to actually cheer for rather than what should have simply been a fact. Oh well, at least they didn’t boo.