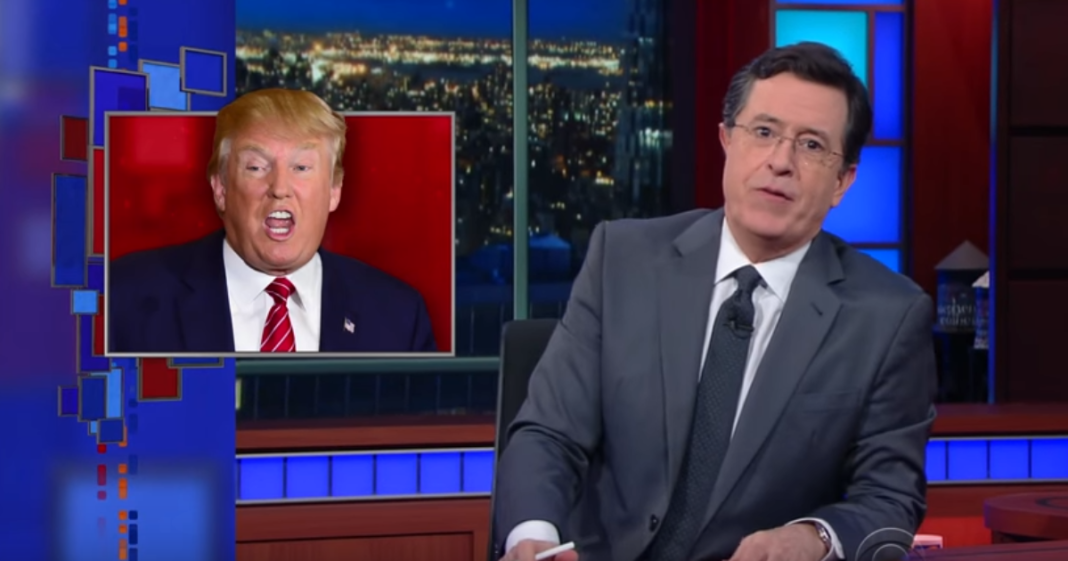 During one of Trump’s rallies on Saturday, an enraged protester tried to ambush Trump and steal the stage. When he was later asked why he tried to do it, he said he wanted to take over Trump’s podium because the only way to deal with a bully is to bully him.

While that’s not necessarily the best motivation to do what he did, it was at least better than the motivation that Trump claimed the man had, which he found from a doctored YouTube video. The video Trump saw claimed that the man was a part of the terrorist group ISIS. It was pretty obviously fake, but apparently Trump isn’t a smart enough guy to figure that out.

When asked about his claims, Trump told Chuck Todd, “What do I know about it? All I know is what’s on the Internet.”

Ah yes, the internet, a bastion for only true things.

Colbert had a bit of fun with this idea, calling Trump “America’s gullible uncle.”