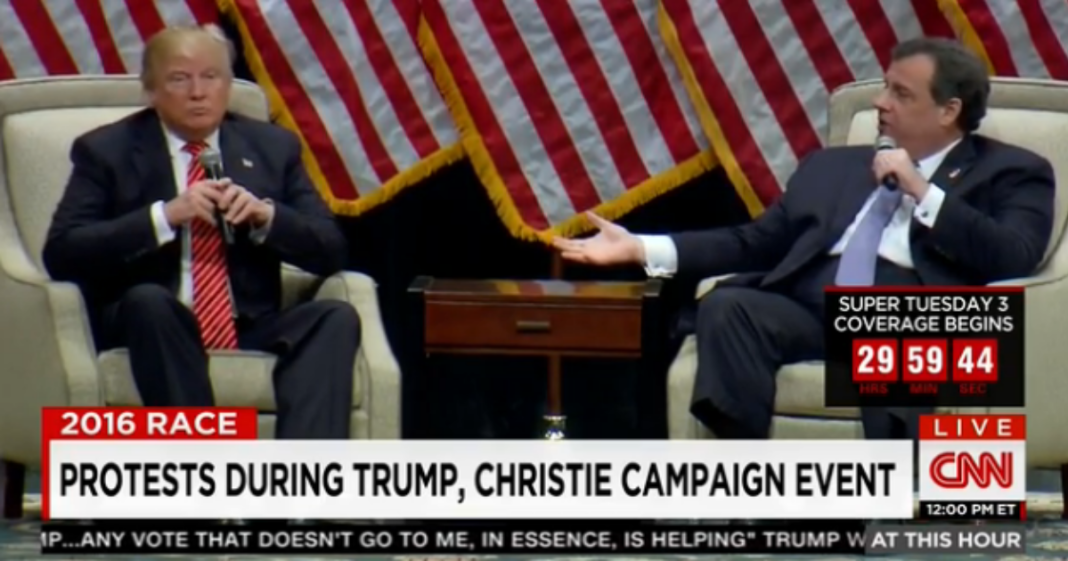 Once again, Chris Christie is getting some heat from his home state of New Jersey as he puts politics ahead of the needs of his own constituency. On Monday morning, Christie elected to miss the funeral of a New Jersey State Trooper who was killed in the line of duty last week in favor of hosting a bizarre town hall-style event for Donald Trump.

Much like the criticism Christie faced when he elected to run off and campaign in other states for his own failed presidential bid while his state suffered from flooding and destruction, this abandonment of his state shows that Christie isn’t at leader at all.

Rather than honor the fallen man who died, as a proper governor would, Christie ran off to once again play lapdog to Donald Trump. It’s hard to imagine a state so ashamed of its governmental representative as New Jersey must be right now.

So what was this event with Trump that was so important that Christie had to miss the funeral of a fallen trooper? Well, you asked: