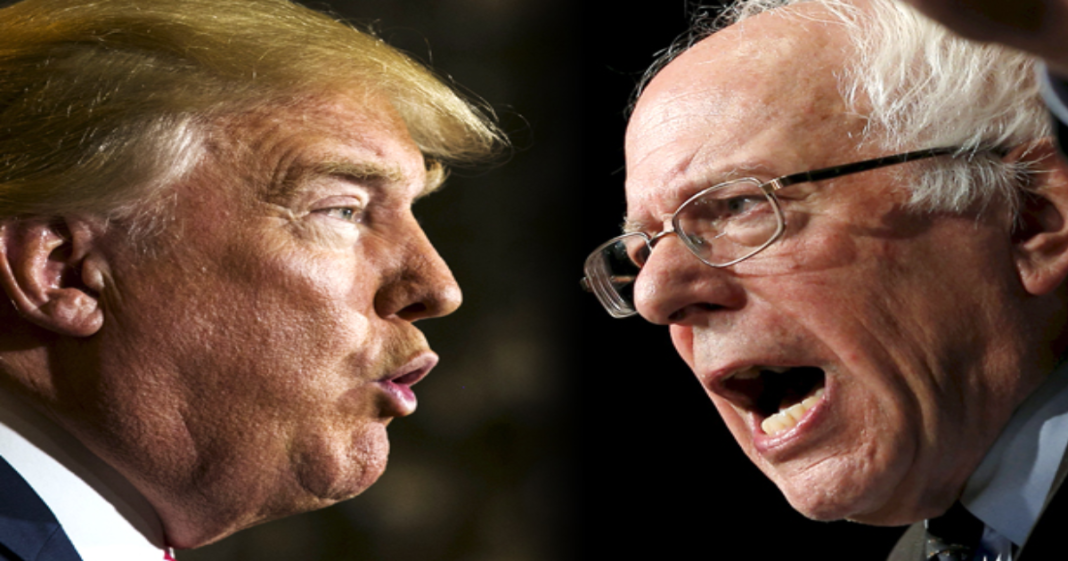 This weekend after Donald Trump canceled his Chicago rally when protesters got a bit too rowdy, Trump placed the blame for the hubub on Democratic candidate Bernie Sanders, or as he referred to the Senator, “our Communist friend.”

Trump threatened ominously via Twitter to send his supporters to a Sanders rally, telling Bernie to “watch out.”

Senator Sanders was asked about these remarks on Sunday morning, and Sanders replied that Trump was nothing more than a pathological liar.

“[T]his man cannot stop lying about anything. To call me a communist is a lie. To talk about our organization, our campaign, disrupting his meeting is a lie.”

Sanders then went on to condemn the language of Trump’s campaign, saying that he is directly responsible for the violence at his rallies.

“This is a man who keeps implying violence, and then you end up getting what you see.”