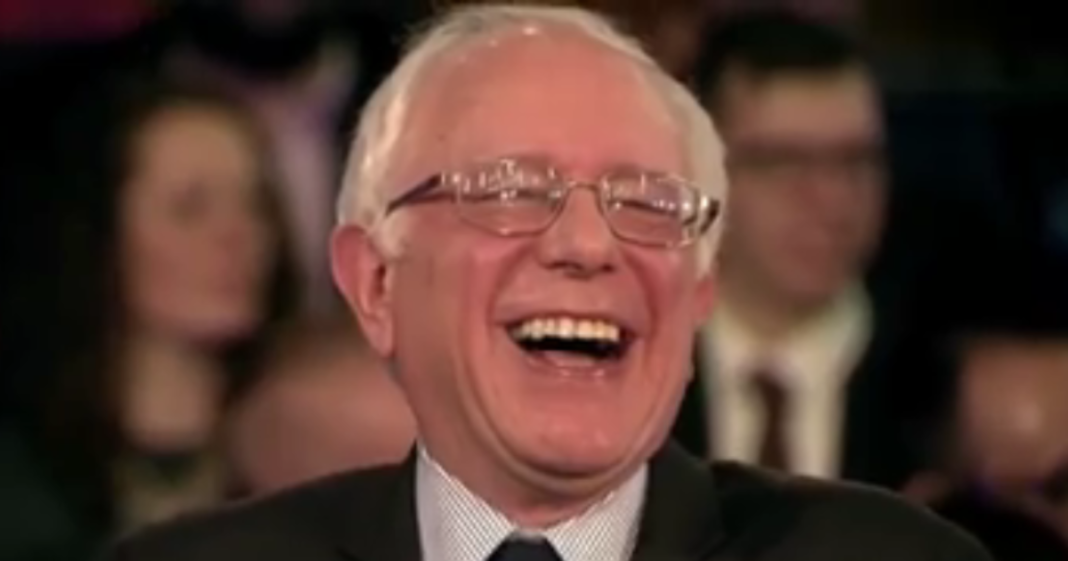 Sanders, who is sometimes curmudgeonly and not especially smiley, laughed out loud at the sketch. Sanders appeared particularly amused when Clinton said that she was just a young Brooklyn Jew.

Interviewer Chuck Todd asked Sanders if this popular idea that Clinton was trying to embody the values of the senator felt like a victory to him. Sanders deflected, saying instead that Clinton was catching up to the desires of the American people.

But, according to Senator Sanders, that isn’t quite good enough. Though Clinton has “evolved” on several issues and apologized for her role in the Iraq war and voting for DOMA legislation,

“what the voters have gotta decide is will she be apologizing 20 years from now for actions she takes today? What leadership is about is having the courage to do the right thing now even if it’s unpopular.”