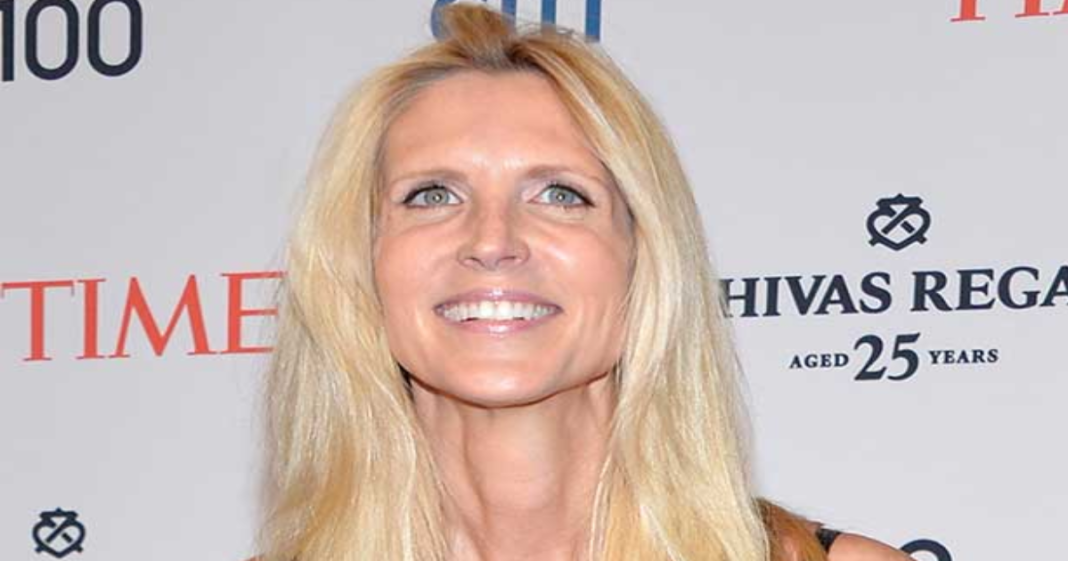 While the rest of America is learning that words have actual real life consequences, pot-stirrer Ann Coulter is charging forward with her same hateful speech, this time directed at riling up Trump supporters by saying that they should be more violent, rather than less so.

On Sunday, Coulter posted these two Tweets, connecting rally violence to masculinity and referring to the protesters as “hoodlums.” 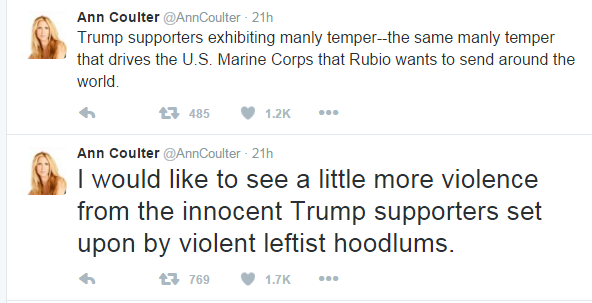 On Friday, Coulter commented on the shut down rally, referring to protesters as “animals.”

On the other hand, left-wing fascists violently shut down a peaceful Trump rally last night & Cruz + the entire media took the animals’ side

It’s no surprise that Coulter supports a racist Trump as she spends all of her time online using racially coded language to dehumanize protesters who just happen to be people of color.

So, when someone does get murdered at the hands of a rabid Trump supporter (though we hope it never occurs), Coulter and her “be a man” language will join the list of those to blame.