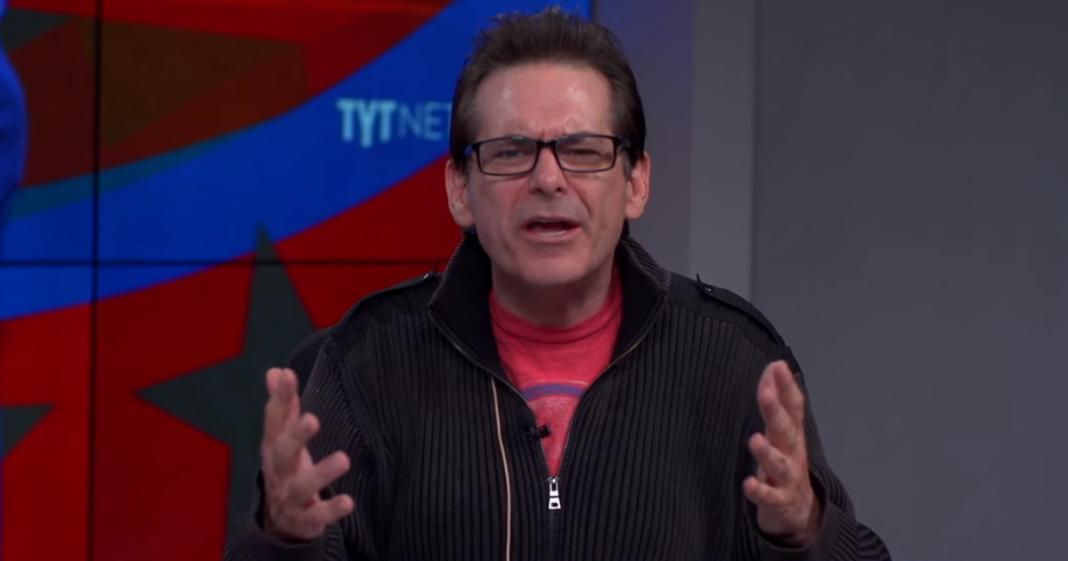 Comedian Jimmy Dore, frequent co-host on The Young Turks examined the question posed by Jake Tapper during the Democratic Town Hall on Sunday when he asked Bernie Sanders if he felt he was partially to blame for the violent protests at Trump rallies over the weekend.

“I don’t think Jake Tapper is like a horrible human being or he tried to do something bad on purpose. I think that’s how f*cking incompetent people like Jake Tapper are . . . Doing that, what you just did is uh, hey uh Hitler, Mister Hitler. First of all, thanks for coming on, um, the Jews were agitating quite a bit, and don’t they have a lot to do with what’s going on in the economy right now?”

Dore accused Tapper of giving Trump cover by helping to spread the idea that Sanders and his supporters are somehow to blame, rather than the racist and violence-inciting rhetoric of Trump.

Dore’s outrage at Tapper’s question is so well articulated and clever, it’s a must-see.