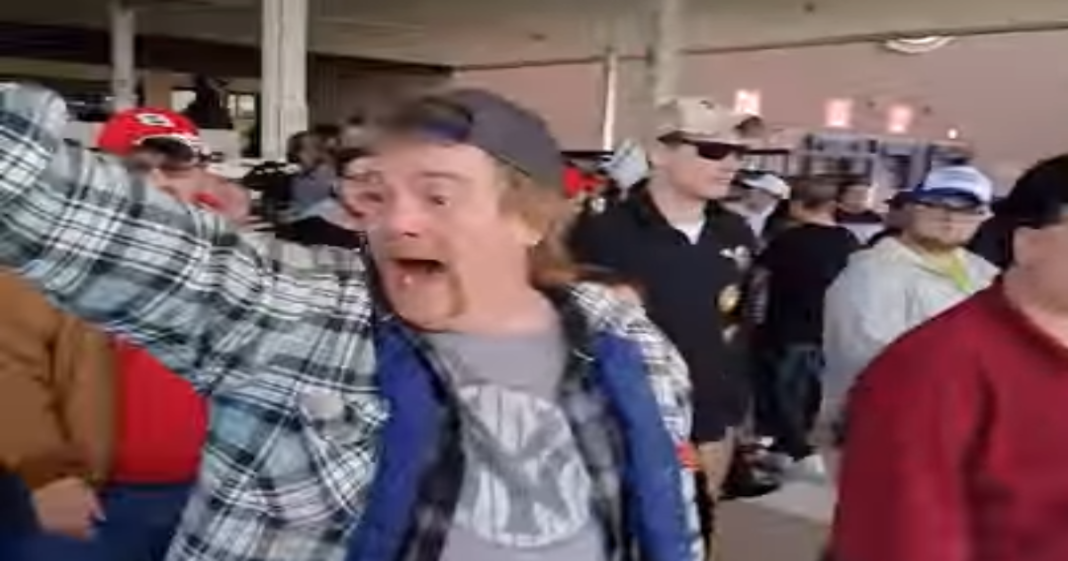 The Republican party and Donald Trump have allowed hateful rhetoric and racist coded language to permeate their organization for so long that what used to be at least thinly veiled is now out in the wide open.

One such proud and openly racist idiot was a Trump lover who was leaving one of Trump’s rallies when he told a reporter,

This is America, folks.