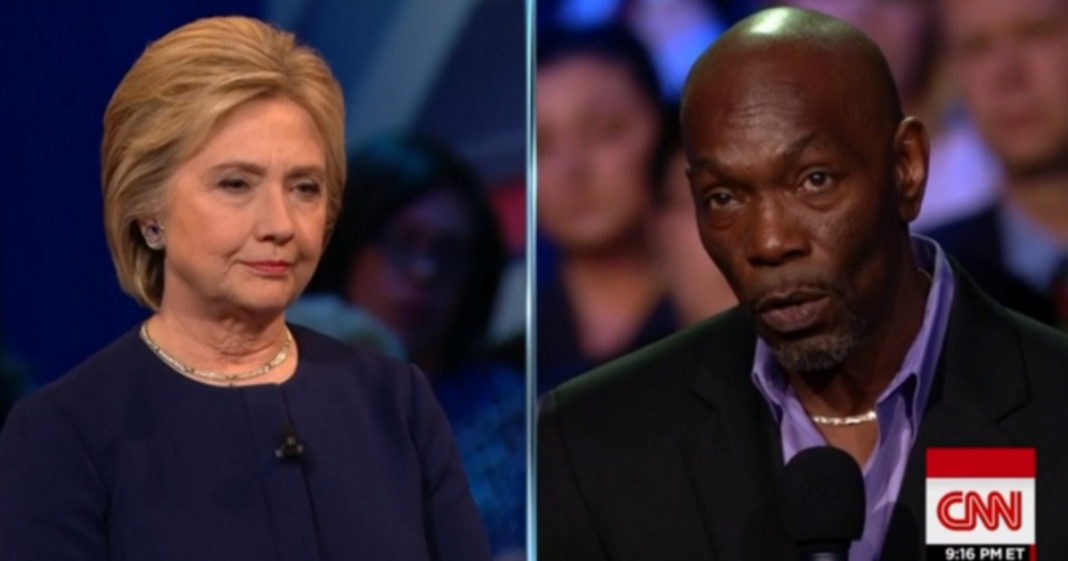 Ricky Jackson has had a difficult life – the sort of life that nightmares are made of. Jackson spent 39 years in federal prison for a murder that he didn’t commit before being exonerated in 2014.

Jackson, who was 18 when he was locked up, is now 58. This 58-year-old victim of the American justice system was one of the attendees of Sunday’s Democratic town hall where Jackson asked Hillary Clinton about her pro-death penalty stance.

Because Jackson had once faced the possibility of a death penalty himself, the question was fraught with emotion. Jackson later told journalists that he was not totally satisfied with Clinton’s reply, saying that it felt a bit “canned.”

“I wanted her to see that the policies that she supports, there’s a dark side to them. I wanted to think ‘what about all of these innocent people that have been murdered in the names of us as citizens.'”

Clinton’s opponent Bernie Sanders had already come out strongly against the death penalty.