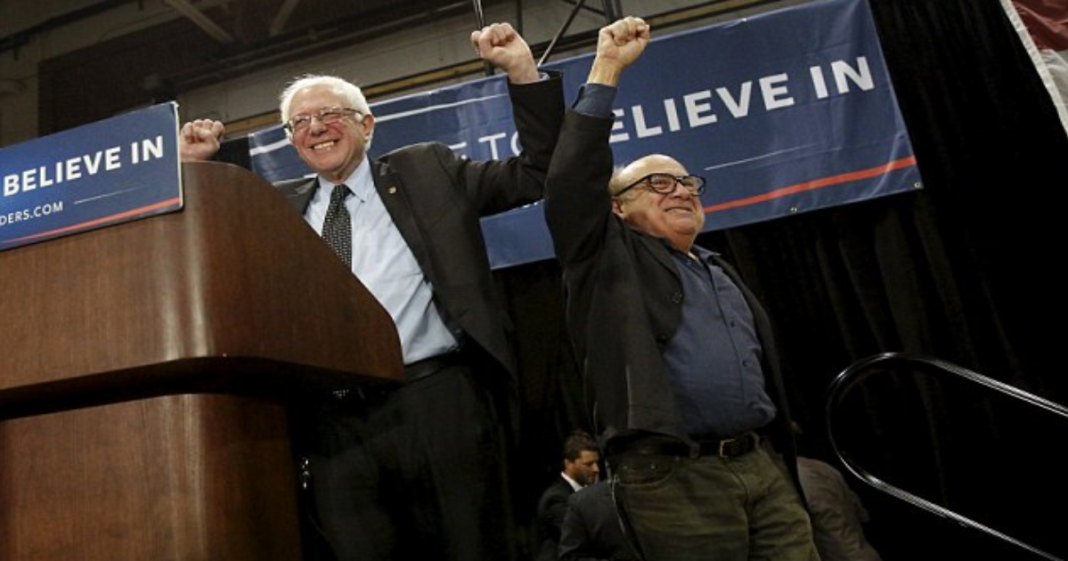 Whether you know him as curmudgeonly Frank Reynolds from hit show “It’s Always Sunny in Philadelphia,” or as the evil Penguin in Tim Burton’s “Batman Returns,” there is a lot to like about Danny DeVito. And here’s one more – he’s feeling the Bern!

Danny DeVito made a surprise appearance on Sunday in St. Louis, Missouri to introduce Bernie Sanders at a rally.

DeVito took to the stage, dancing and feeding off of the energy of the excited crowd. Too short for the podium, DeVito disappered backstage before emerging again with a wooden step stool.

The two embraced before DeVito waved himself off of the stage. Lovely.