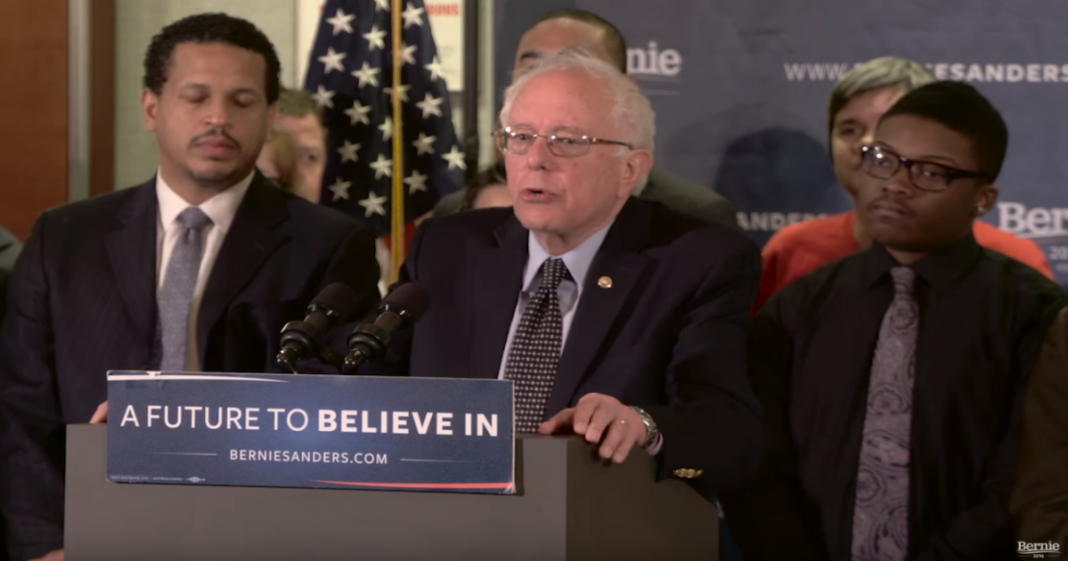 This weekend while Donald Trump was running away from protesters in Chicago, Bernie Sanders was reaching out to the citizens of the city, criticizing mayor Rahm Emanuel who continues to let the citizens of Chicago down.

“Hillary Clinton proudly lists Mayor Rahm Emanuel as one of her leading mayoral endorsers. Well let me be as clear as I can be: based on his disastrous record as mayor of the city of Chicago, I do not want Mayor Emanuel’s endorsement if I win the Democratic nomination.”