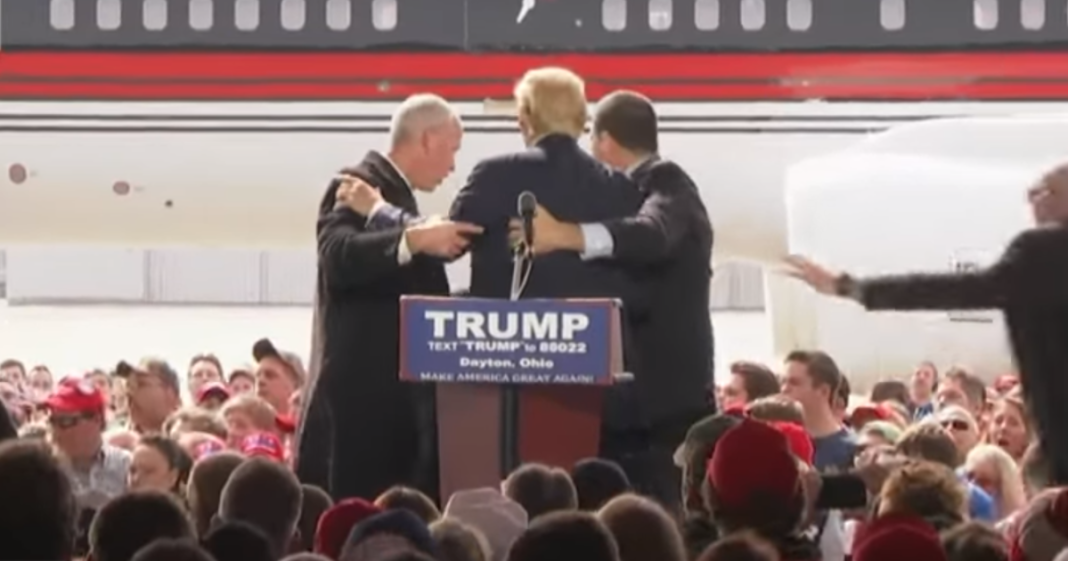 In what some might argue is a waste of taxpayer money, all candidates, even Donald Trump, are given secret service agents set to protect the candidate at all cost on the taxpayer’s dime. Since Trump never stops bragging about he is so rich and self-funded, it seems like he could get himself a few paid guards and save us all a bit of money, no?

Either way, those Secret Service agents were put to the test during a Trump rally on Saturday as a man jumped the barrier and grabbed for Trump’s pant leg while he was stumping.

Trump was clearly alarmed, but his four secret service-members jumped to his defense and surrounded the candidate.