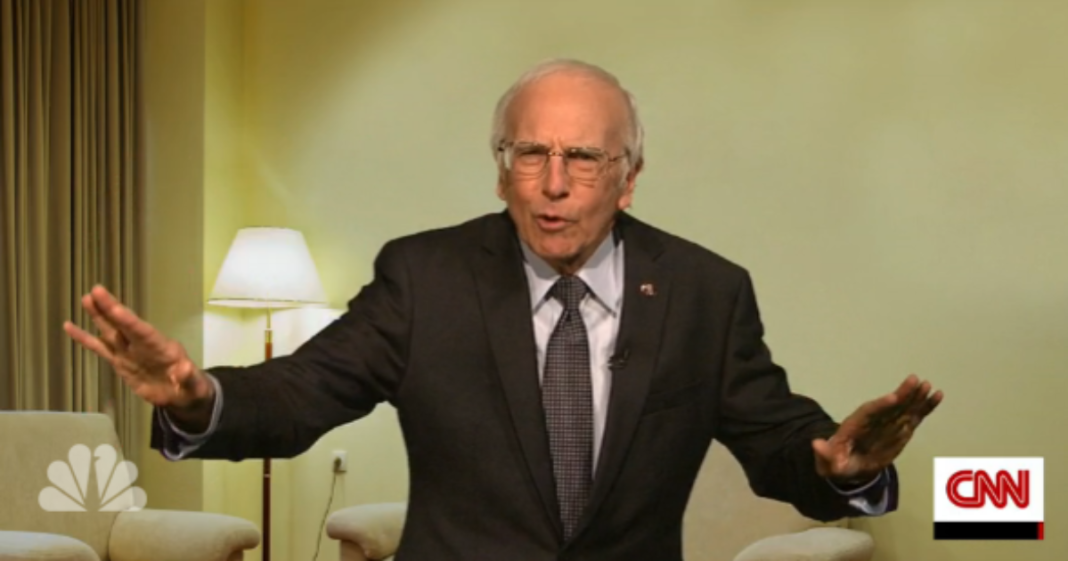 Larry David’s Bernie Sanders impression is probably the most perfectly cast character in the history of sketch comedy. David IS Sanders, and vice versa.

David’s perfect Sanders character returned during this week’s episode of Saturday Night Live as he celebrated his upset win in Michigan and talked about his supporters.

“I want to thank everyone for voting for me, and apologize to everyone else for making your Facebook page so so annoying. I mean, I love my supporters, but they’re too much, right? I’m not that great. With all due respect to my voters: get a life!”

Sanders also talked about his struggle gaining the minority vote and explained why he wasn’t spending much time campaigning in Florida.