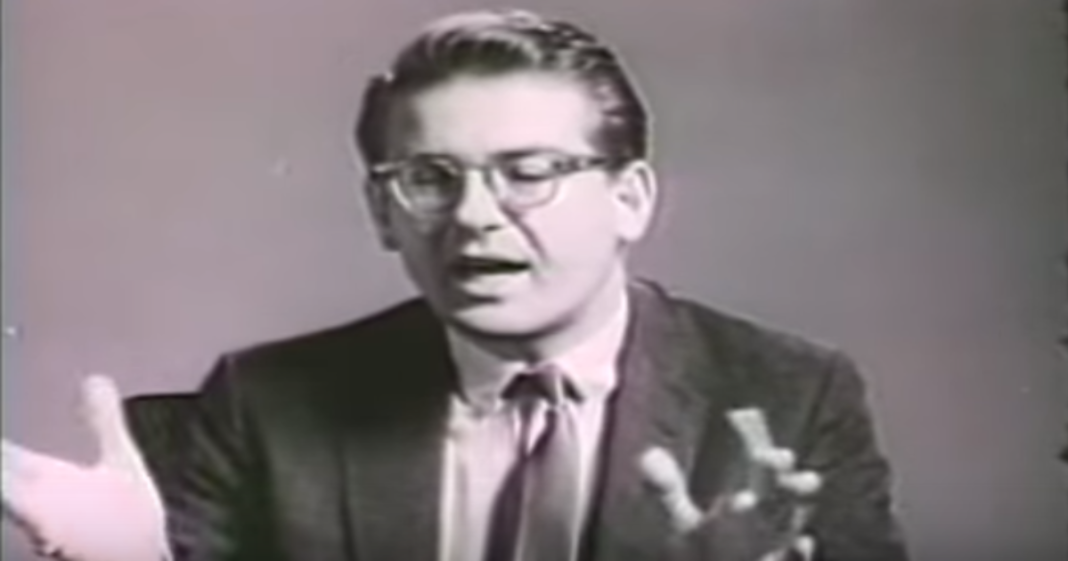 An old Lyndon Johnson campaign ad has been making the rounds online for its eerie similarity to modern day politics.

It features a faithful Republican who feels alienated and frustrated about the rise of a candidate who is supported by the KKK, and who seems to thrive on anger.

“This man scares me.”

The man then recounts a reoccurring issue where a reporter will quote the candidate, Goldwater, and then the man will deny ever having said the quote. This voter is frightened by that lack of logic.

“You’ll hear a lot about what these guys are against – they seem to be against just about everything. But what are they for?”