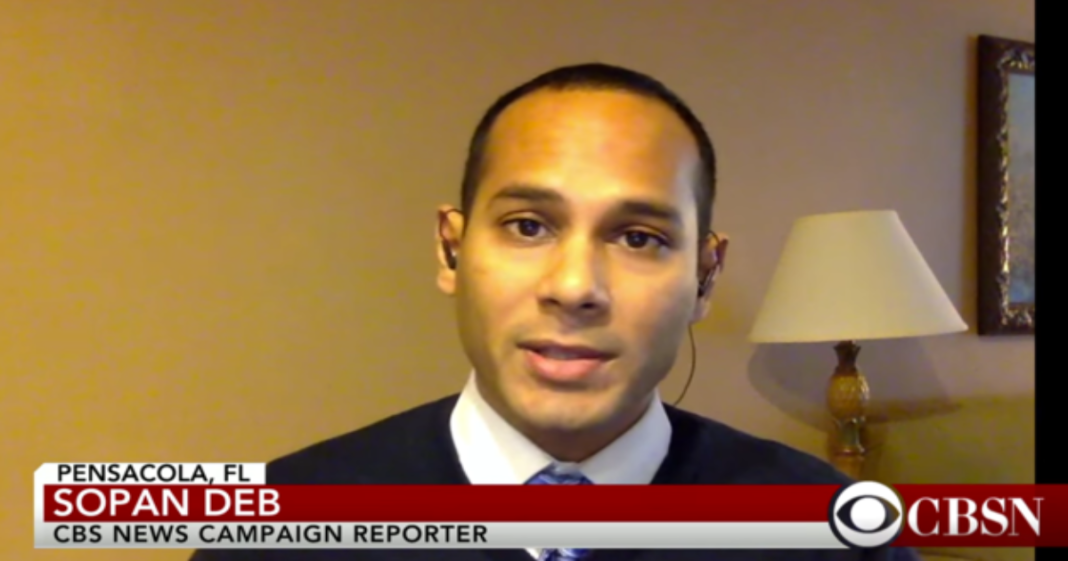 Journalist Sopan Deb with CBS News has been covering Trump’s campaign since he announced his candidacy last summer. Deb can be seen on Twitter daily offering up photos and quotes from Trump’s rallies, giving those not present valuable insight into the candidate’s tour.

During last night’s Chicago rally, when protesters successfully shut down the event, Deb was present as he always is. Right around the time the event was officially canceled, Deb sent out this tweet:

I’ve never seen anything like what I’m witnessing in my life.

After this tweet, Deb’s usually chatty Twitter account went silent. Then the word spread that Deb had been detained by police, though no one knew why.

This morning, the footage Deb shot at the rally has been released, along with the announcement that Deb had been arrested last night outside of the Chicago rally, cited with “resisting arrest,” though his video seems to indicate otherwise. Deb told police that he was a member of the media, but he was still roughly arrested and detained.

You can watch Deb’s footage at CBS news or right here. Note: You must have adblock disabled to view this video: