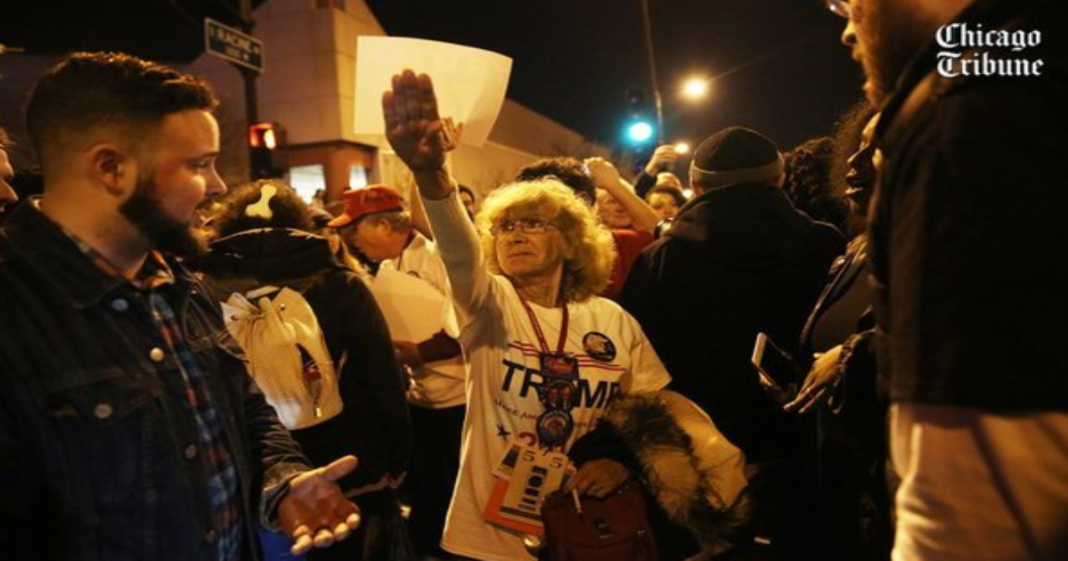 The most prevalent image from last night’s cancelled Trump rally was of an older woman giving a Nazi salute. The hand gesture the woman gave was unmistakable, and the clearest symbol yet of Trump’s violent rhetoric. 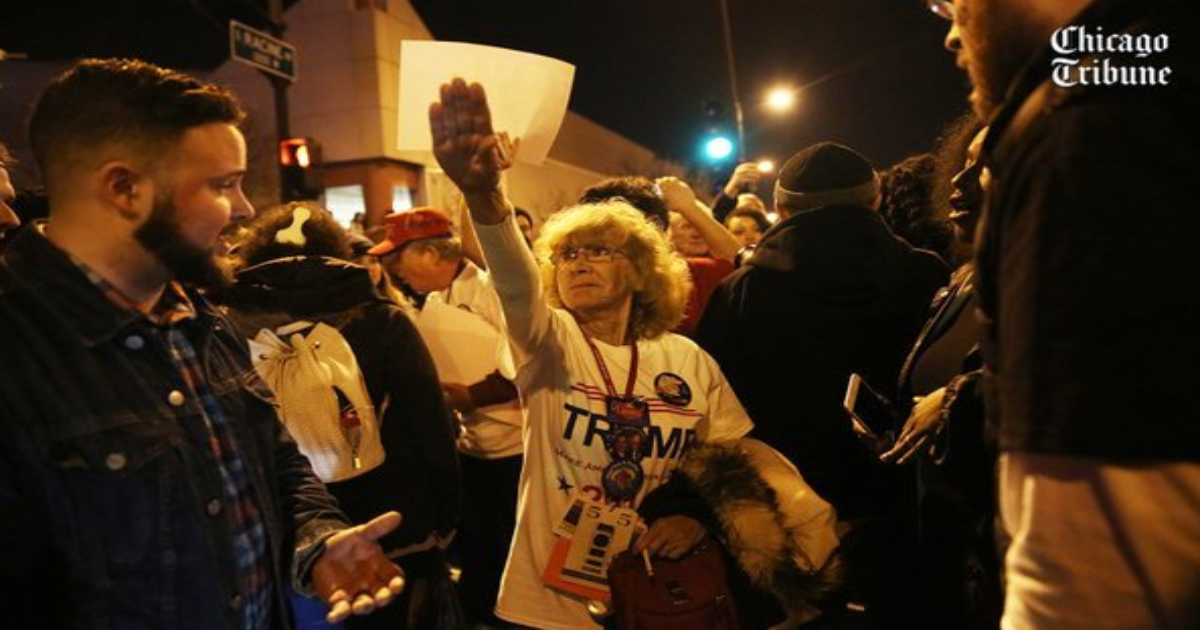 Some Trump defenders claimed that the woman was a Bernie supporter in disguise, pointing to an activist on Facebook who looked similarly. This image began to circulate on Twitter and Facebook on Saturday morning. 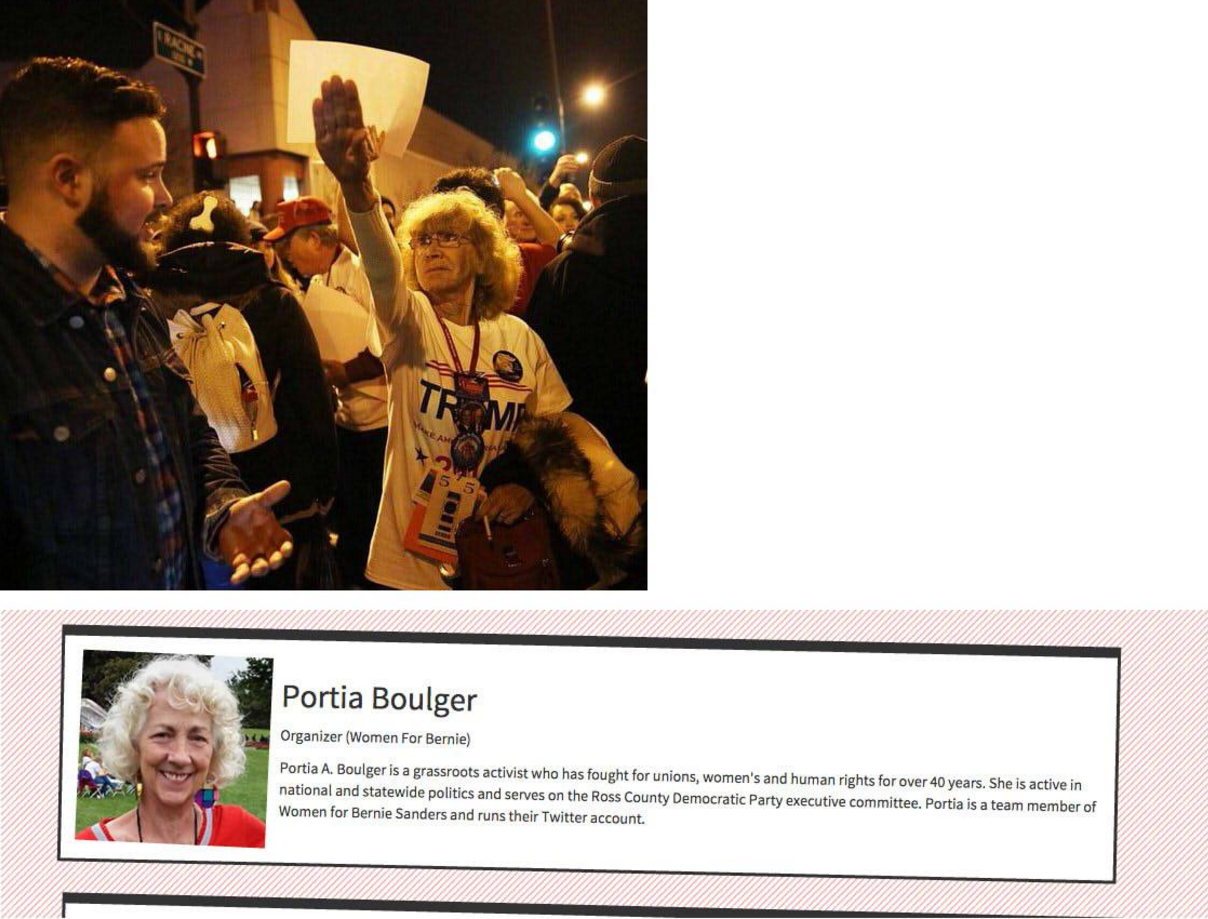 This allegation is completely false and libelous, as Mrs. Boulger has since proved.

To be clear, I was not in Chicago last night. Instead, I was busy making phone calls to GOTV for Bernie. Whoever thinks…

Here is the real story of that hateful salute:

The man on the left (@ampersandcastle) on what led up to this moment: https://t.co/yhU889Mpsg pic.twitter.com/0OTgSqKZMS

This is what the Republican party has done.