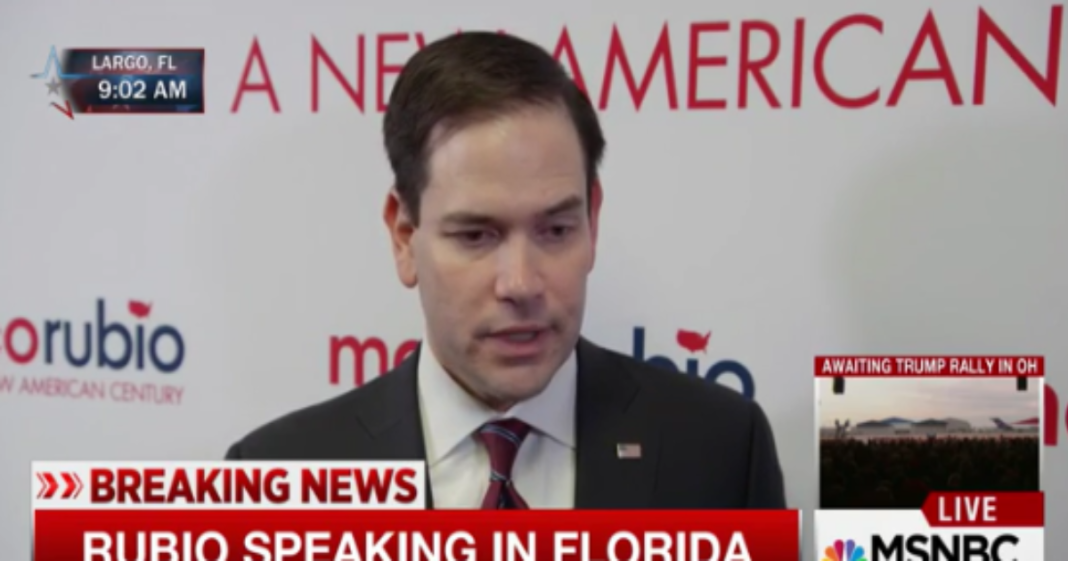 At one of the recent Republican debates, all remaining candidates spent their time attacking Donald Trump but ultimately saying that they would uphold their pledge to the GOP and support whatever nominee is chosen, even if it is Donald Trump. It was a moment that solidified just how corrupt the party had grown to hear these candidates, some who had absolutely nothing to lose by saying “no,” quietly fall into line.

It has been a couple of weeks now, and things have only gotten worse. The Republican party continues to go down in flames as they tentatively place their support in the hands of frontrunner Trump.

On Friday evening, a rally in Chicago for Trump turned rowdy and even violent as thousands of protesters infiltrated the event and ultimately caused Trump to cancel. Responses from the candidates were mixed, but still, none would outright condemn Trump, choosing instead to blame Obama, liberals, and P.C. culture.

On Saturday morning, though, an exhausted Marco Rubio fielded questions at a campaign event when reporters asked him if he would still be supporting the Republican nominee.

“I don’t know,” Rubio said, defeated. He went on to say that he has argued many times that Hillary Clinton would do the most damage before trailing off. “I still intend to support the Republican nominee. But it’s getting harder every day.”

Oof. This video is a must-see.

.@MarcoRubio: I still intend to support the Republican nominee “but it’s getting harder every day.” https://t.co/4rEnEzqKqC