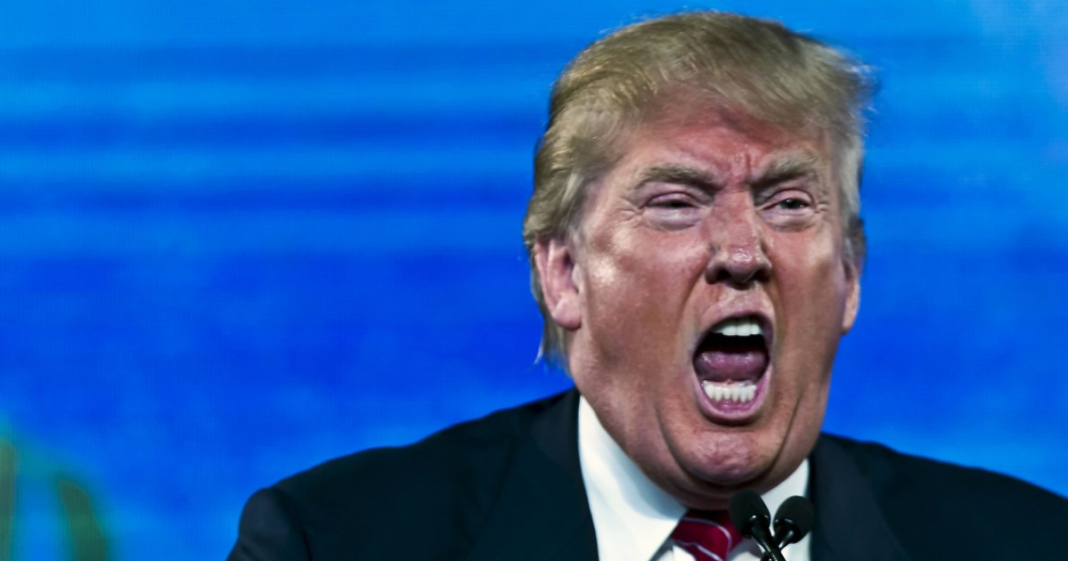 During Thursday’s GOP debate, things took a more civil tone as Trump opponents were clearly told “conflict doesn’t play well in the polls,” but that just meant that Trump got away with absolutely whoppers with no one to hold him accountable.

One such gigantic lie came when Trump was asked if he felt that his rhetoric contributed to the violent nature of his rallies. Moderator Jake Tapper brought up the most recent instance of violence at his rallies in North Carolina where 79-year-old John McGraw was arrested for sucker-punching a protester.

Trump responded that he hoped it was not his campaign causing the violence, and that he just felt that people who supported him were mad about the state of America. Because Trump wouldn’t place the blame on himself or on those committing the violent act, there was only one group left to blame: the protesters themselves.

“We have some protesters who are bad dudes. They have done bad things. They are swinging, they are really dangerous, and they get in there and they start hitting people.”

A complete and utter lie.

There are many reporters who have followed the Trump campaign since the very beginning, people like Sopan Deb with CBS News who said that he has yet to see a protester at a Trump rally become violent.

I am at almost every Trump rally. I have yet to see a single protester start swinging as Trump just said.

CNN Politics reporter Jeremy Diamond also said that since his coverage in June began, he had never seen anything like Trump described.

In addition to the word of these and many other reporters, of all of the videos which have been released of violent reactions to protesters, none have shown protesters starting a conflict.

This lie reveals the truth of Donald Trump; he will say whatever is needed and invent whatever narrative suits his causes, and the American people will be generally unobservant enough to let it slide. Do not believe for one second that Trump cares about regular Americans and their concerns. He would as soon see you hanged if you dared to oppose him. This is what a dangerous fascist looks like. This is only the beginning.