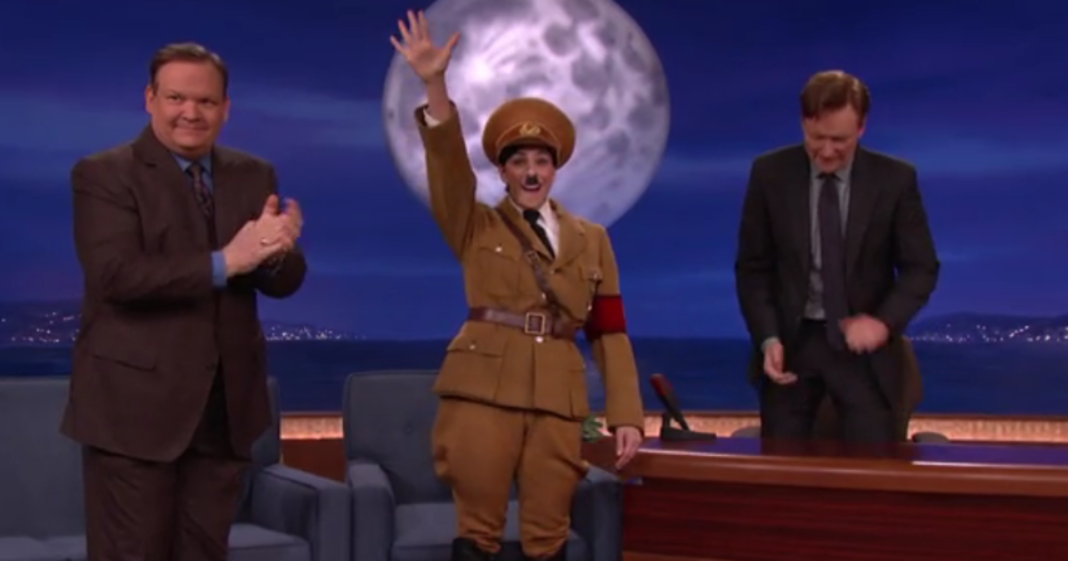 During Thursday’s episode of Conan, comedian Sarah Silverman impersonated Hitler to defend the fuhrer’s record against those who have compared the dictator to Donald Trump.

Silverman-as-Hitler also brought up Trump’s genital controversy, saying that Hitler’s own “micropenis” is what makes him the fascist murderer that he is.

“What kind of person talks about his penis size on national television? Oh yeah, I’m so sure Donald Trump has a big penis. I famously have a micro penis. That’s what makes a tyrant.”