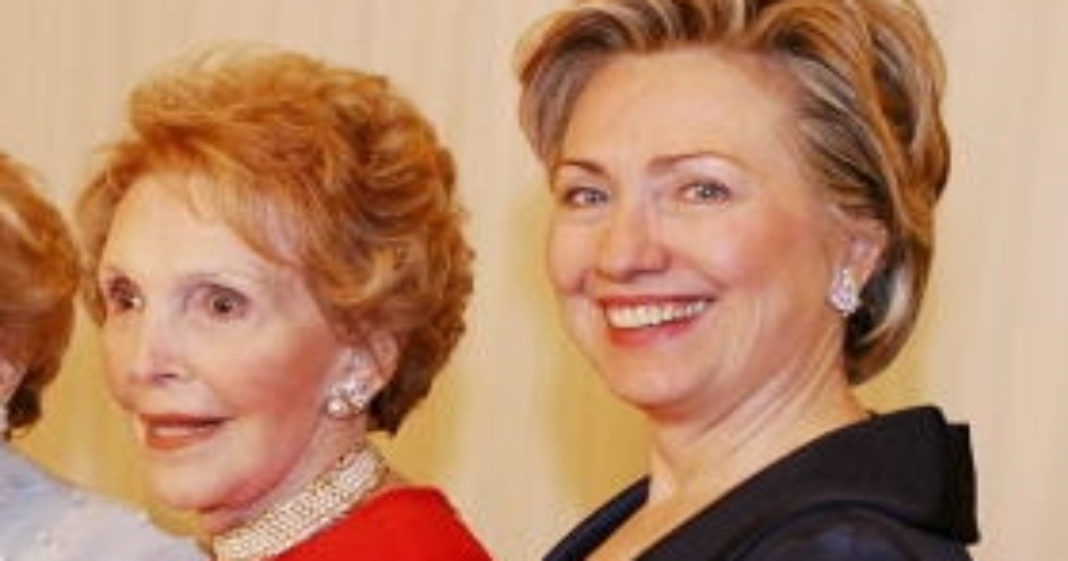 Hillary “I Swear I’m Not Establishment” Clinton appeared on MSNBC during the coverage of Former First Lady Nancy Reagan’s funeral to give her condolences and share positive memories about her fellow first lady. Unfortunately, rather than sharing actual good things Nancy Reagan did, Clinton offered up a revisionist history of the 1980s HIV/AIDS epidemic.

“Because of both President and Mrs. Reagan, in particular Mrs. Reagan, we started a national conversation when before nobody would talk about it, nobody wanted to do anything about it.”

What? That is some pretty generous (and false) verbiage for a woman who not only didn’t advocate for AIDS, she didn’t even acknowledge its existence. It took six years for the Reagan administration to mention the word AIDS, and when they did, Reagan’s communication’s Director Pat Buchanan called AIDS “Nature’s revenge on gay men.”

But none of that was Nancy’s doing right? Except that in 1985, an old friend contacted the first lady to beg her to get him transferred to a better hospital as he was being treated for AIDS. His death brought controversy to the White House, and that, if anything, spurred a national conversation.

Just like praising her old buddy Kissinger, Clinton’s ties go far and deep. Standing next to a true outsider, Clinton tries to play the part of rebel. But when it comes down to it, Clinton is just another elite player in the political game.