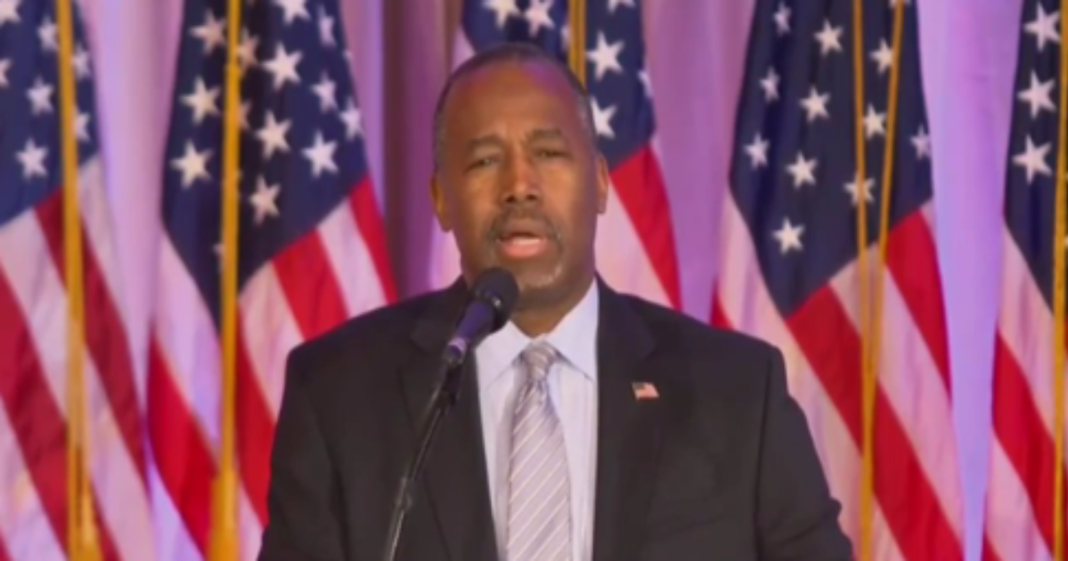 Ben Carson’s rise in the Republican party was a unique one. People who never before would have considered voting for a black man were flocking to him in droves, in love with his calm demeanor, accomplished career, and clear religious devotion. They bustled inside book stores to get him to sign his most recent book and put “Carson 2016” stickers on their cars before anyone else had even thought about buying merchandise for their own candidate. And even when support waned and Carson’s campaign died, they remained steadfastly devoted.

Now, those supporters have been left out in the cold, without a candidate that comes close to the qualities Carson had (whether they be good or bad). On Friday, Carson attempted to remedy that issue by doing his best to send his devoted followers to the man who has been the complete antithesis of himself – Donald J. Trump.

Carson attempted to sell Trump as a thinker, a real “cerebral” guy. He made no mention of the divisive rhetoric, the phony religious beliefs, or any of the other qualities that should make a good Christian person run the other way.

No, Carson, just like all the others, has sold his soul. And the billionaire was unsurprisingly the highest bidder.