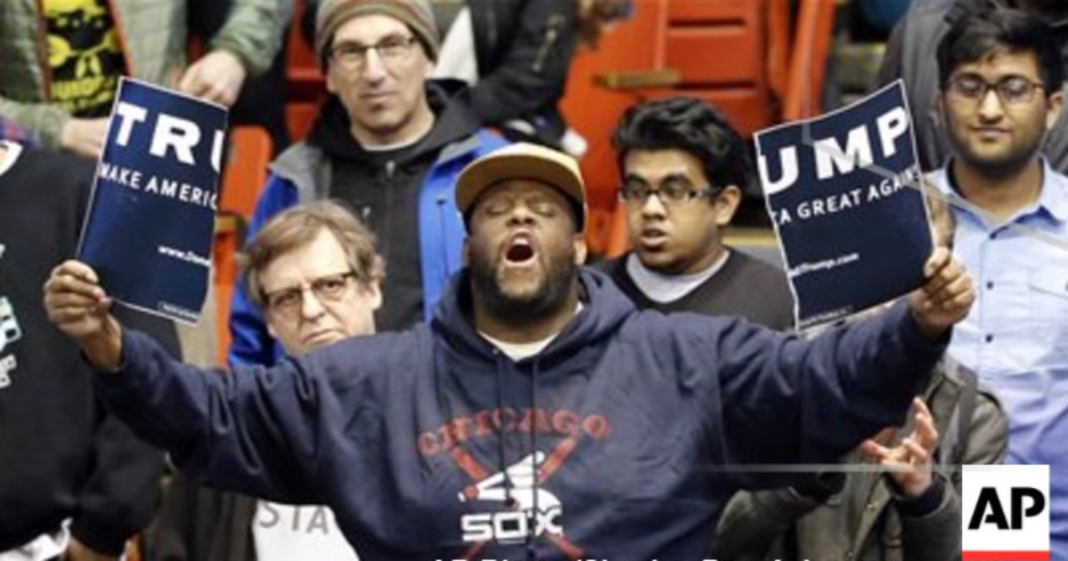 On Thursday night when Donald Trump told the American people that he took no responsibility for the violent actions of his rally attendees, even going so far as to say that they are “fighting back” and that it should be happening more often, anger against what the man represents reached a breaking point.

Friday began with protests outside of Trump’s afternoon St. Louis rally, but the Chicago rally did what no one others had done before. So many protesters infiltrated the large arena, and so many conflicts and disruptions occurred that Trump was forced to turned tail and run from the rally, saying that it was too dangerous to take the stage.

When the announcement was made, chants of “Bernie” broke out, along with shouts of “we stopped Trump.” A smattering of fights broke out before police and event coordinators were able to remove all of the attendees from the building.

This is absolutely unprecedented. That the violent culture Trump fostered would become the environment that made his presence impossible is nothing short of poetic. Trump has said that the event will be “postponed” but as the Illinois primary is on Tuesday, it is looking a lot more like it will be canceled.

We have no idea where our nation is headed, as this election season has revealed a deep sickness in America. We cannot know if this will be the last clash of its kind or just the first of many.

For now, protesters and rally-goers alike have spilled out onto the Chicago streets. We can only hope that no one is killed.

“We stopped Trump!” is the chant now at his canceled rally in Chicago. pic.twitter.com/85BjxfyjS2