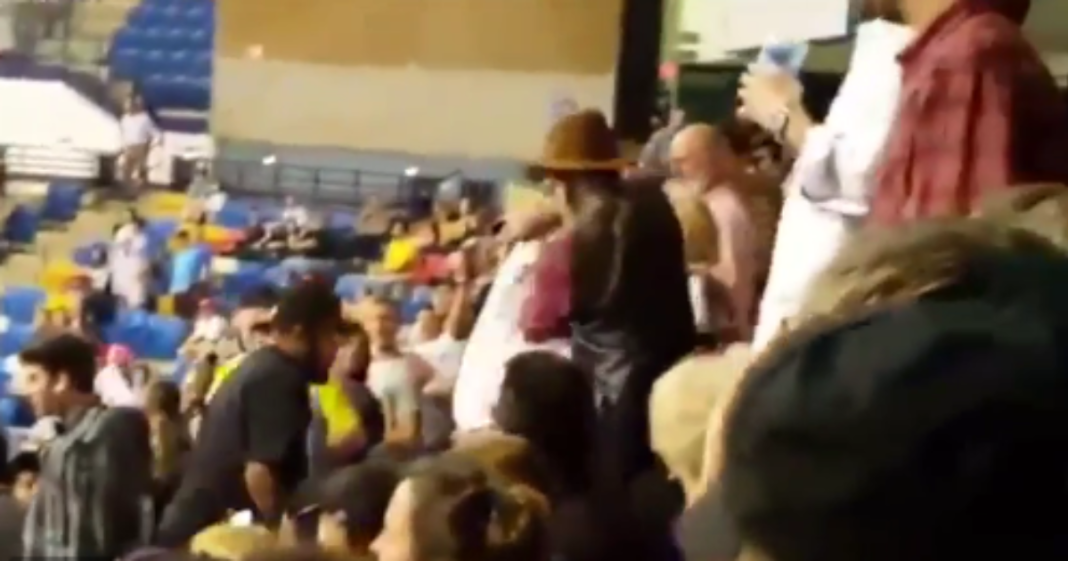 Last night during a Trump rally in Fayetteville, North Carolina, a group of protesters were leaving the arena when an unidentified man in a hat and long ponytail violently assaulted one of the African American protesters as he was leaving the stadium.

The man that was hit was Rakeem Jones who claims that he never saw the assault coming. Jones was being escorted out of the rally by police when the man threw the punch.

“It’s happening at all these rallies now and they’re letting it ride. The police jumped on me like I was the one swinging. My eye still hurts. It’s just shocking. The shock of it all is starting to set in. It’s like this dude really hit me and they let him get away with it. I was basically in police custody and got hit.”

One of the men who witnessed the attack and shot a video had this to say about the event:

“We’ve been watching all this stuff happen to everyone else,” Rouse said. “This isn’t Biloxi. This isn’t Montgomery. This is Fayetteville.… it’s a well-cultured area. I wanted to take my 11-year-old child, to give him a touch of what’s happening political-wise. I’m glad I didn’t. I’ve never been more embarrassed to be from here in my life. It’s just appalling.”

You can read more about the violence at trump rallies from journalist and activist Shaun King here.

Here are some additional angles of the assault and other conflicts at the same arena: