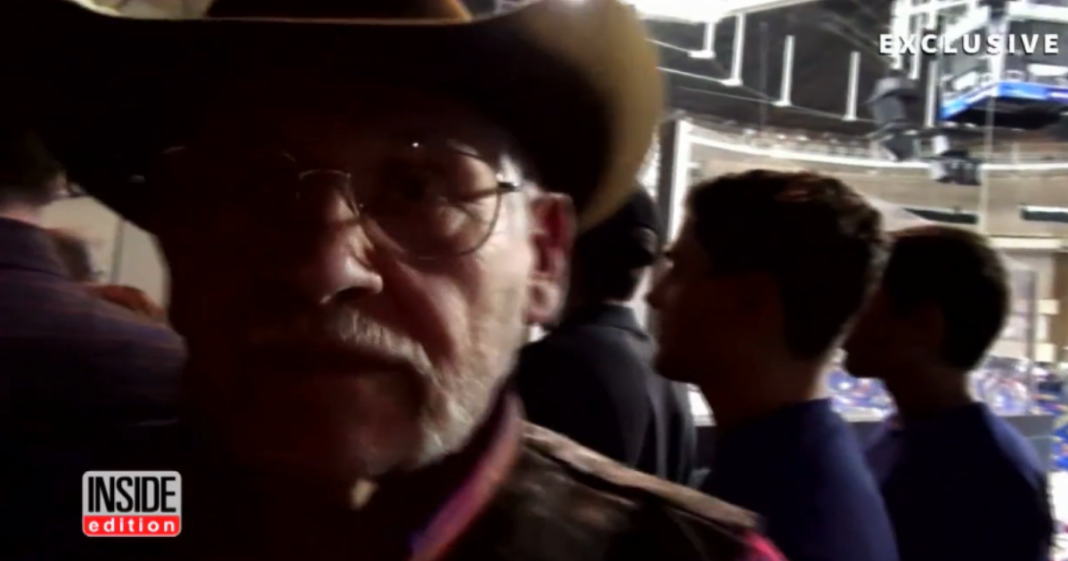 When Rakeem Jones protested a Trump rally in North Carolina, some in the audience apparently interpreted his dissent as an act of terror. This at least was true of the clearly insane redneck who assaulted Jones, John McGraw.

78-year-old McGraw was arrested on Thursday after he was identified in videos taken of the event and posted online. He is being charged with assault and battery as well as disorderly conduct.

Inside Edition has just revealed footage of a brief interview conducted with McGraw sometime after the assault occurred. They asked the elderly man if he enjoyed the rally.

“You bet I liked it. Knocking the hell out of that big mouth.”

When the camera man asked McGraw why he hit Jones, he replied, “Number one, we don’t know if he’s ISIS. We don’t know who he is, but we know he’s not acting like an American, cussing me… If he wants it laid out, I laid it out.”

It sounds like McGraw isn’t even sure what ISIS is, but clearly he saw a brown person and thought “threat.”

Mcgraw continued, “Yes, he deserved it. The next time we see him, we might have to kill him. We don’t know who he is. He might be with a terrorist organization.”

It is certainly good that this man has been arrested. Hopefully his comments and threats to kill Jones will be included in his court hearing and will have a significant impact on his sentencing.

This man is clearly unstable and hateful. Like so many others, Trump’s success has only emboldened the prejudices that have lain dormant in this man for so long.