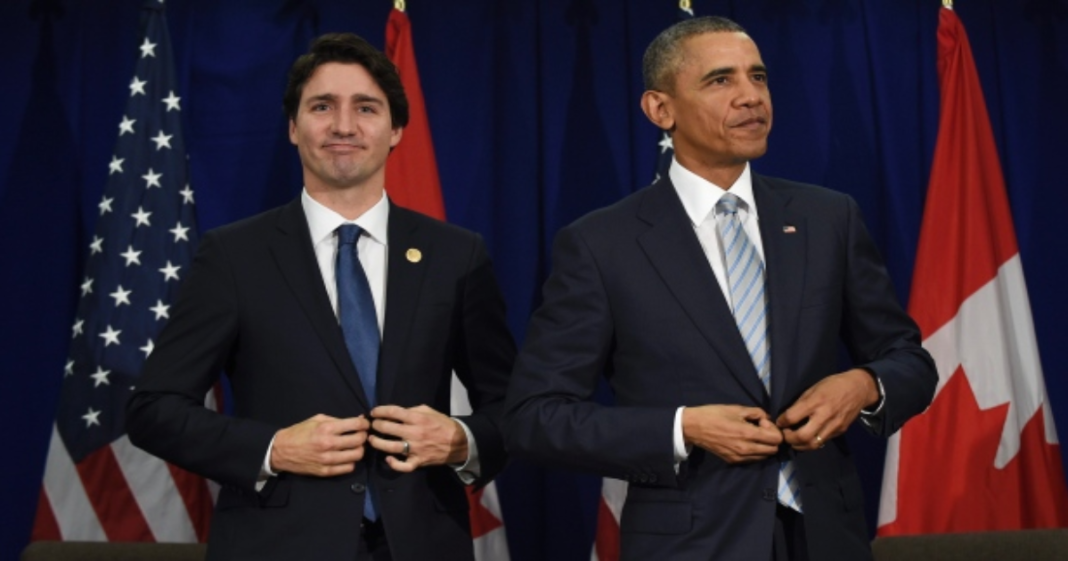 Walking in-step to their twin podiums, newly elected Canadian Prime Minister Justin Trudeau and President Barack Obama addressed the nation about the close partnership between the U.S. and its northern neighbor Canada.

P.M. Trudeau’s visit marks the first time in 19 years that a Canadian official has come to the U.S. on an official visit. The event has been marked by a state dinner and a great deal of pomp and circumstance.

The relationship between Trudeau and Obama is refreshingly casual as both leaders joked about which nation has the best hockey and beer.

“Now, I don’t want to gloss over the very real differences between Americans and Canadians. There are some things we will probably never agree on. Whose beer is better? Who’s better at hockey?” Obama joked. “Where’s the Stanley Cup right now? I’m sorry, is it in my hometown, with the Chicago Blackhawks?”

As president Obama pointed out, Canada and the United States share a lot – including a 5,000 mile border. The president complimented Trudeau’s liberal agenda, drawing parallels between his own record and the PM’s. The two leaders discussed climate change and their country’s efforts to cut down on carbon emissions.

“No two nations agree on everything. Our countries are no different, but in terms of our interests and values and how we approach the world, few countries match up the way the United States and Canada do.”

One can only hope that the close relationship between the two world leaders will translate to an valuable partnership for the environment.

Watch the news conference from Thursday morning in the White House Rose Garden.