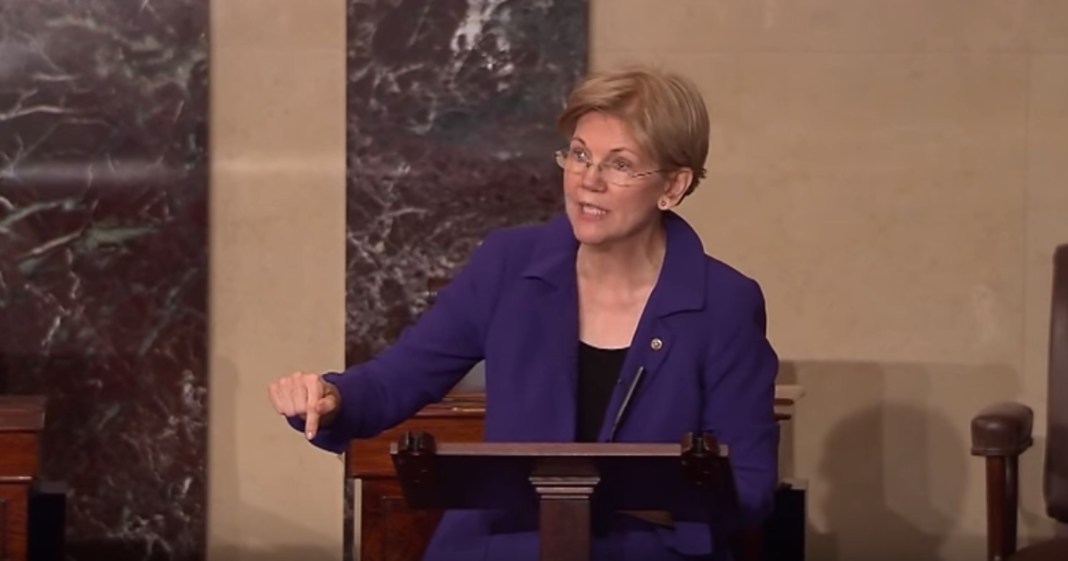 Elizabeth Warren delivered a speech on the floor of the Senate on Wednesday, criticizing Republicans for refusing to aknowledge the nomination process for a Supreme Court justice while also allowing extremists to take over and destroy their party.

“The message from Senate Republicans is crystal clear: Forget the Constitution. Their response to one of the most solemn and consequential tasks that our government performs, the confirmation of a Supreme Court justice, will be to pretend that that nominee and President Obama himself simply do not exist. Cannot see them. Cannot hear them.”

Senator Warren delivered an entire eight minutes of genius, hard-hitting remarks, but it was this sentence which really drove the point home to the heart of the Republican party:

“If you want to stop extremism in your party, you can start by showing the American people that you respect the president of the United States and the Constitution enough to do your job.”