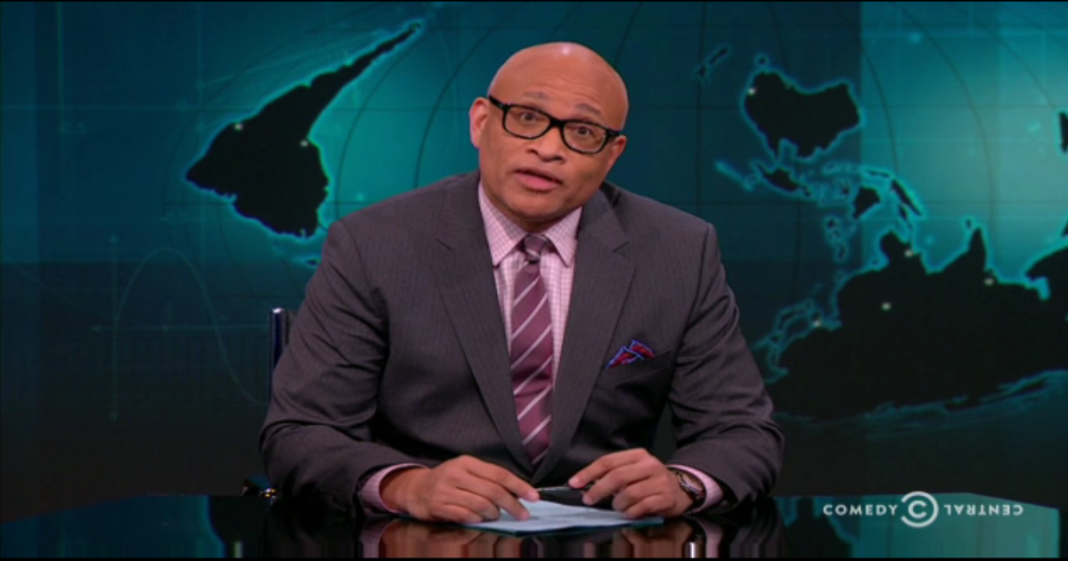 During a recent episode of “The Nightly Show with Larry Wilmore,” the host talked about the uptick in assaults and violent actions being carried out at Trump rallies and the sort of permissive attitude from their dear leader which has led to this sort of out-of-control behavior.

Wilmore pointed to his favorite protester, who was removed from the rally while wearing a hat with a replica of male genitals on it.

“I mean, my god, you guys! He’s wearing a penis hat! This is so beautifully ironic. Think about it: An actual d*ck head, is getting kicked out of a rally by d*ck heads, who are there to support a d*ck head! I think that’s pretty good!”

Wilmore also said that though many people were making comparisons between Trump and Hitler that it was maybe a bit of a reach, that is, until he truly considered the evidence.

“Here’s the thing, people called Bush Hitler, people call Obama Hitler. Come on media, look, all we’re talking about here is a guy with hair falling on his face who makes wild gestures at rallies talking about banning an entire group of people based on their religious beliefs…… yeah, Hilter does kinda make sense.”