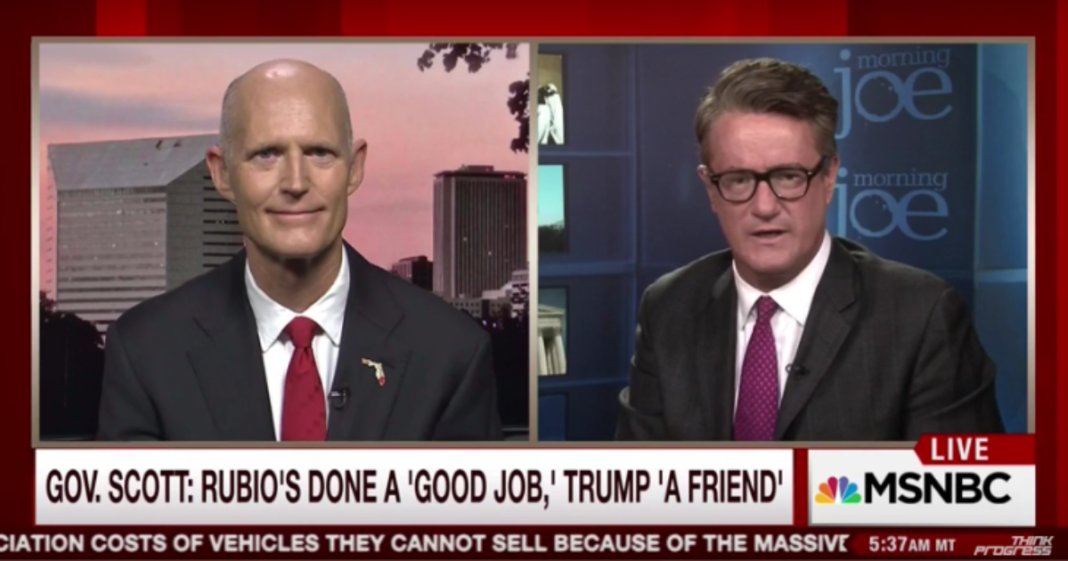 Creepy twin of Voldemort Governor Rick Scott made an appearance on MSNBC’s Morning Joe to talk about the Republican race. Host Joe Scarborough asked Scott if he supported Donald Trump’s assertion that the Islamic religion was one of hatred, particularly against America.

“Do you think Muslims in the state of Florida hate America?”

Scott gave a reptilian smile and refused to answer the question, choosing instead to offer pointless platitudes about Florida being a “melting pot.”

Scarborough grew frustrated and demanded, “I want you to answer the question! Do you personally think that Islam is a religion that hates America?”

When Scott again refused to answer the question, co-host Mika Brzezinski offscreen grew impatient and told producers to “wrap it.”