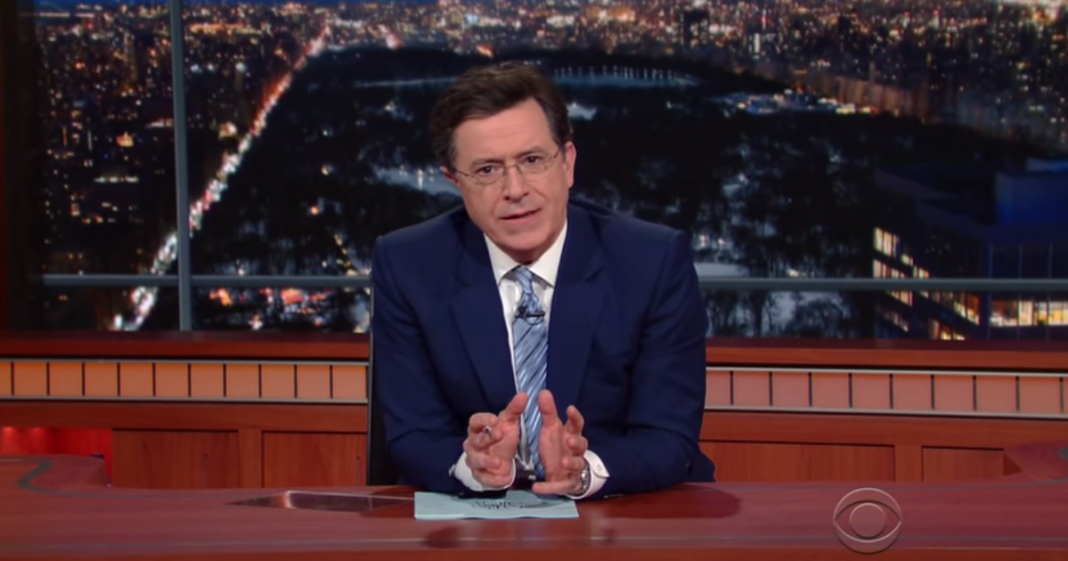 In response to Donald Trump’s Tuesday night victory speech which was more bizarre than usual, Stephen Colbert of “The Late Show” reflected on the informercial style of the event.

Colbert asked his audience if they had seen the speech saying,

“It was on every single channel. I think even Nick Junior was running it because I saw some sort of orange blob on television.”

Colbert pointed out that one of the states Trump won on Tuesday was the home state of recent critic Mitt Romney.

“Trump gave his victory speech next to a pyramid of raw steak. He was either trying to prove Mitt wrong or introducing his new running mate, Trump/Pile of Meat 2016. Good luck telling them apart.”