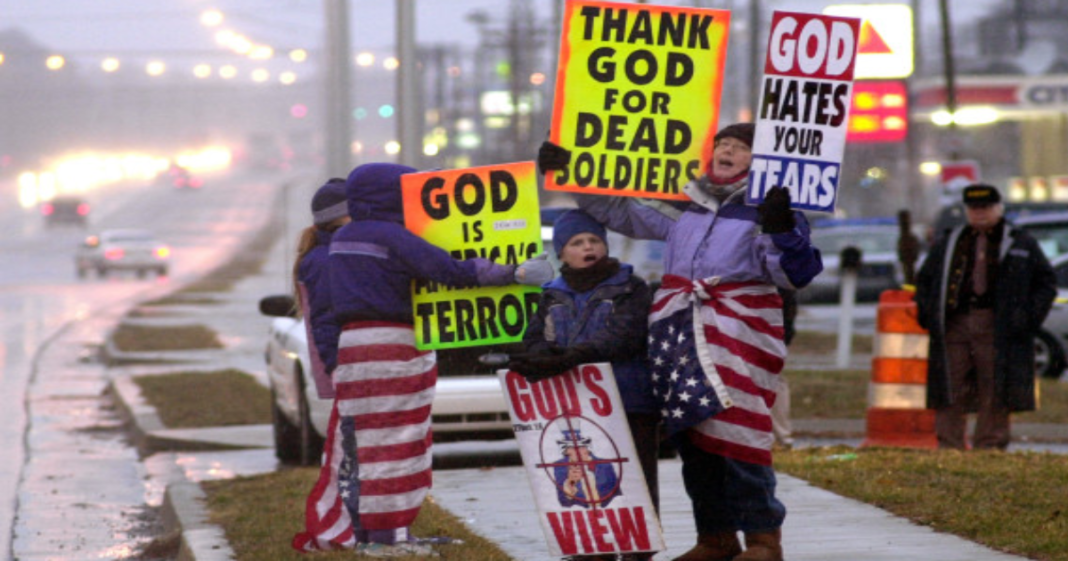 When you think of the most hateful, divisive, universally despised group in America, many think of the Westboro Baptist Church. According to the hateful organization, though, there is a new supervillain in town, and his name is Donald Trump.

When Lee Ann Phelps, daughter-in-law to founder of the WBC Fred Phelps, was asked which candidate she would be supporting in the 2016 election, she said that she couldn’t support Trump because he is “sort of fringe.”

I’m sorry, what? The hateful organization who regularly protests the funerals of soldiers and who brainwashes their children into holding signs that say “God hates f*gs” and “Thank God for dead soldiers” says Trump is the crazy one?

Phelps said that she was unsure of who she would be voting for, but that it certainly would not be Trump. She said this, by the way, while leaning on a sign featuring a fetus and the word “shame.”

You think this election year can’t get more ridiculous and then it impossibly, increasingly, and unceasingly does.