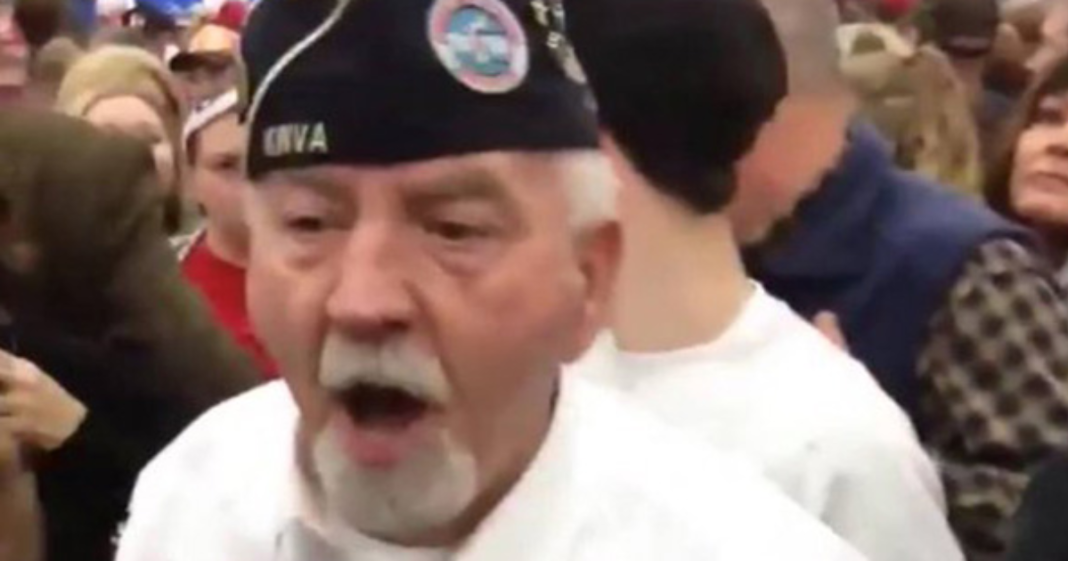 When the video of the repeated assault of Shiya Nwanguma at a Trump rally in Kentucky was released earlier this month, activists online rushed to identify the multiple attackers. The video showed the young teen protester being violently shoved through the crowd, pushed from one angry man to another. They shouted racial slurs and screamed for her to get out, while at that exact moment, Trump prattled on about the good old days (wonder which days he meant?)

Activist Shaun King and others discovered that many of the assaulters were part of white power groups who had assembled at the rally. Another was a young man who lost his shot at Joining the Marines due to his violent actions.

Another man who took part in the toxic and violent activities at the rally is Veteran Al Bamberger, who many identified from his military uniform. When Bamberger discovered that his actions had been televised, he penned a letter of apology to the president of his veterans group, saying that he was not racist but had just gotten caught up in the action.

Bamberger wanted people to know that he is not a part of the white supremacists groups. Bamberger claimed that he was pushed to the ground by Black Lives Matter activists which angered him and resulted in his assault of Nwanguma. He says he did not shove her because she was black.

“I need everyone to know that I am not a racist as implied by many internet postings.  I am not associated with any type of racist organizations and did not push the young lady because she was black.  I went to the rally to have a good time, support the veterans, and see Donald Trump.  Unlike the people that surrounded me at the event, whose main purpose was to cause chaos and create videos, I went there with no intention of participating in a confrontation and I deeply regret my involvement.  I have embarrassed myself, my family, and Veterans.”

This is the video of the assault where you can see Bamberger wearing a white uniform and black hat as he shoves the teen repeatedly.

The full story of the white supremacists who assaulted this Black student at a Trump rally.https://t.co/WPywX72tVOhttps://t.co/vpJrCxH1bP