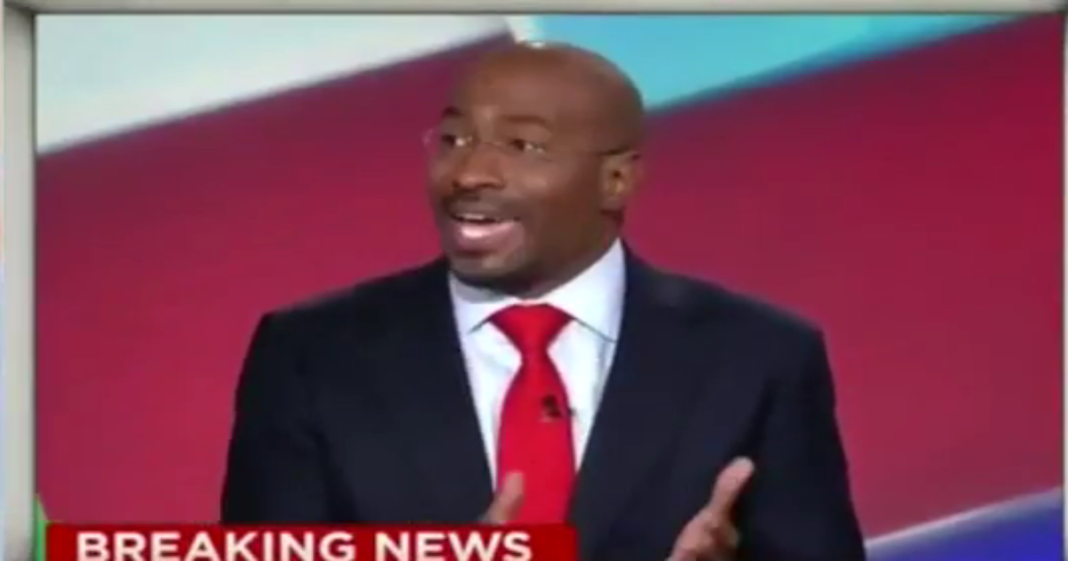 As they always do, when Trump took the stage for his Tuesday victory speech, every corporate network gave the candidate full airtime for the entirely of his speech – even when Hillary Clinton came on to give her own speech.

But this speech from Trump was a bit more unusual than the rest (and yes, that is saying a lot). Instead of going to his usual talking points, Trump seemed subdued and instead focused on his various business ventures. The entire speech began to sound a lot more like a bizarre infomercial on late night QVC as Trump pointed to Trump steaks, Trump magazine, Trump wine, and more. Trump promised to give each member of the press a bottle of his wine and tossed a copy of an upcoming Trump magazine to the crowd.

Most pundits were stunned by Trump’s misplaced brand advertisement, and none showed their displeasure better than CNN’s Van Jones who had this to say about Trump’s Tuesday night speech: